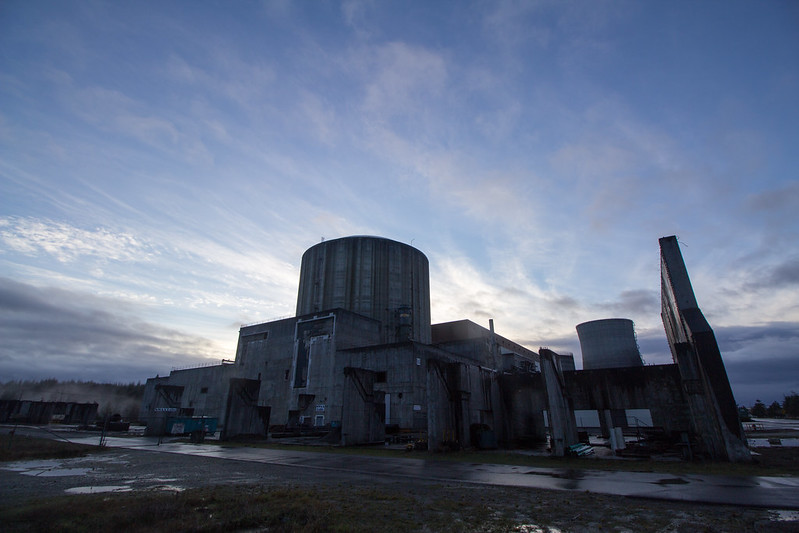 After visiting Power Plant IM in Belgium a few months ago, I’ve added abandoned power plants to my list of structures to search for. Satsop Nuclear Power Plant is located about 90 minutes southwest of Seattle, WA.  While searching through my favorite resources for place to go exploring, I decided that an abandoned nuclear power plant had to be at the top of my list. 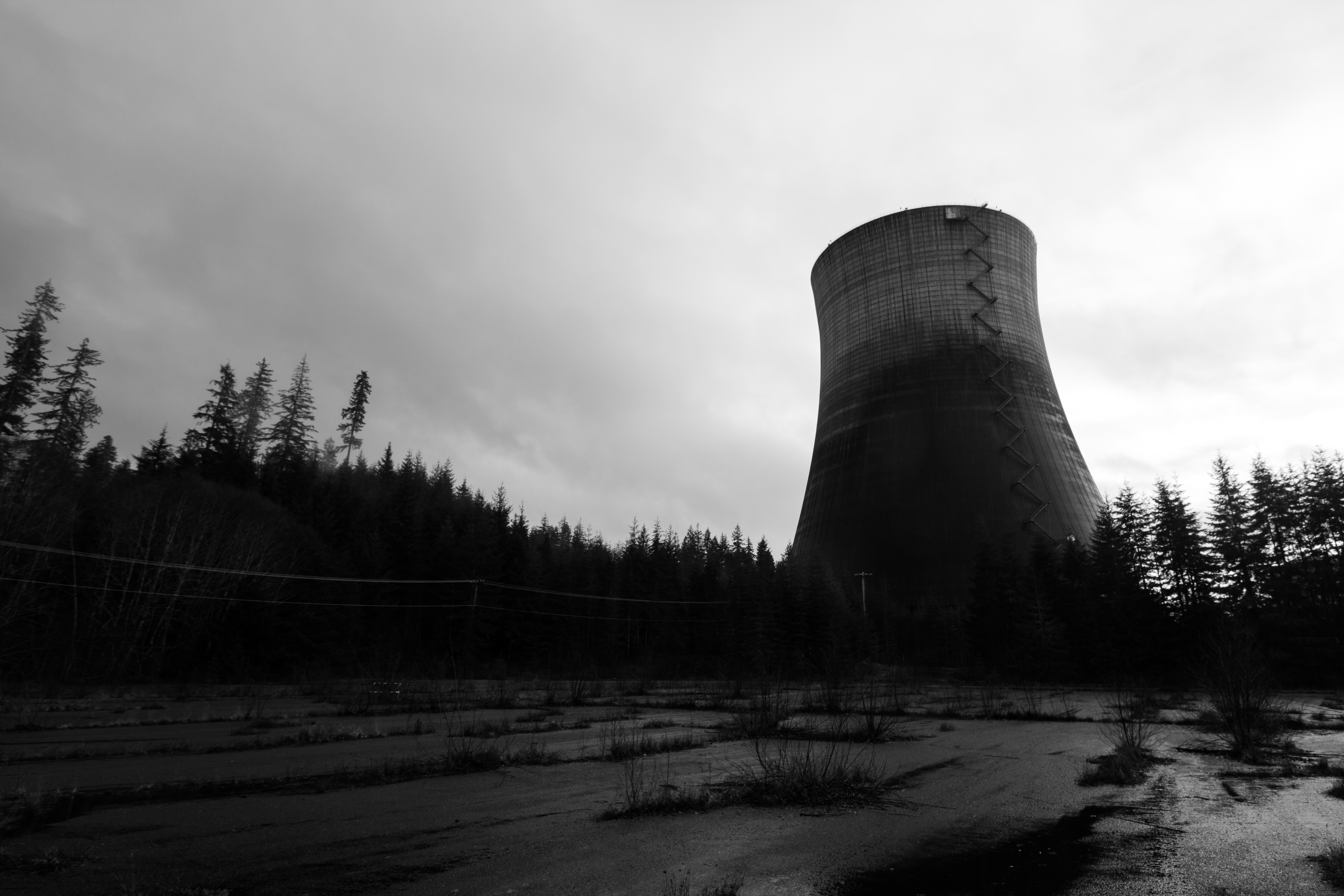 Construction of the two cooling towers, known as WNP-3 and WNP-5, started in 1977.  By 1983, only 76% had been completed, and Washington Public Power Supply System was unable to sell a nearly $1B bond to complete the project.

The site is basically open to the public. The cooling towers are fenced off, but the land surrounding the towers has been turned into a business park that is not gated. 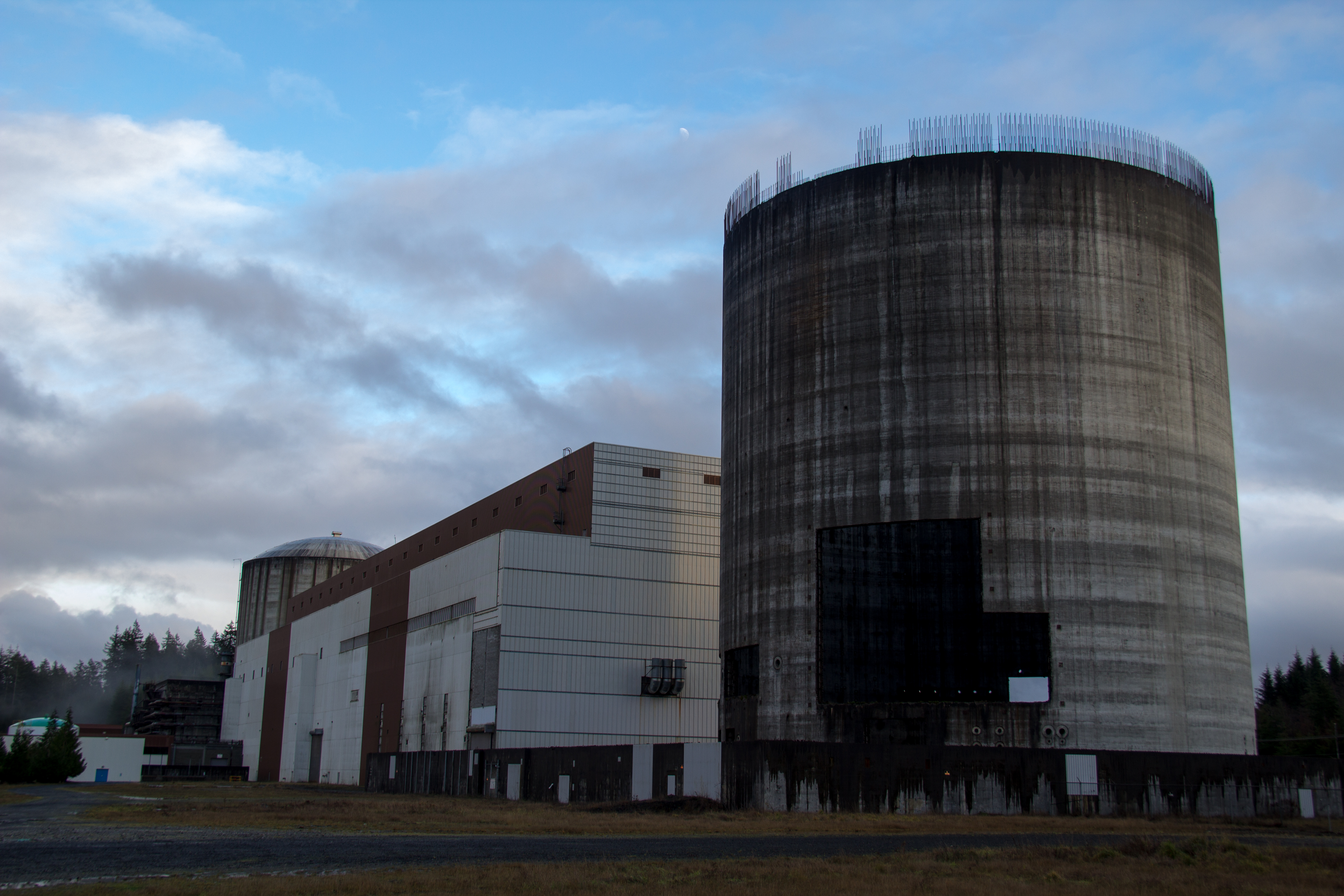 The cooling towers are impressive structures. As I was riding south on Hwy 8, towards the complex, I could easily see the towers from 10 miles away. Once onsite, it is easy to see why they have been picked as filming locations for films like The Hunger Games, Divergent and Transformers. ArenaNet did some audio recording for Guild Wars 2 in the tower as well.