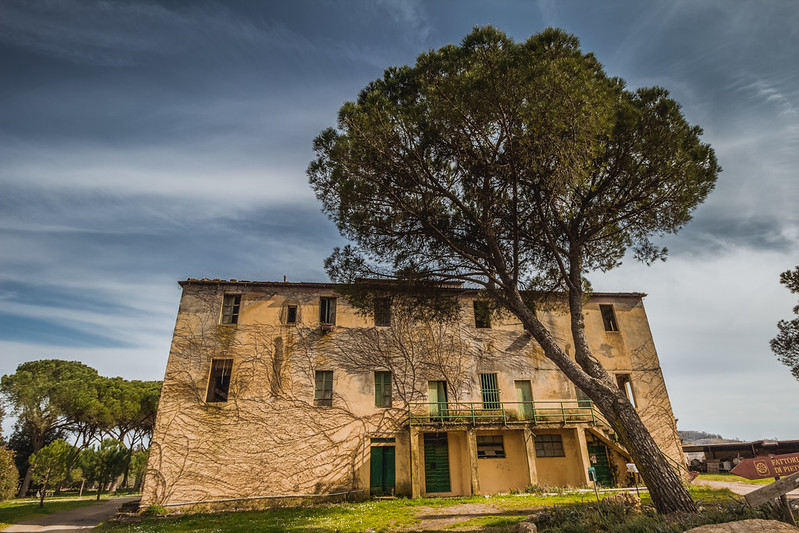 The road leading to the castle passes by The Rock Farm, or Fattoria di Pietra.

After driving as far as you can, exit the car and hike up the trail to the left of the concrete building.

Below the castle, there are remnants of an abandoned village with some very interesting structures. 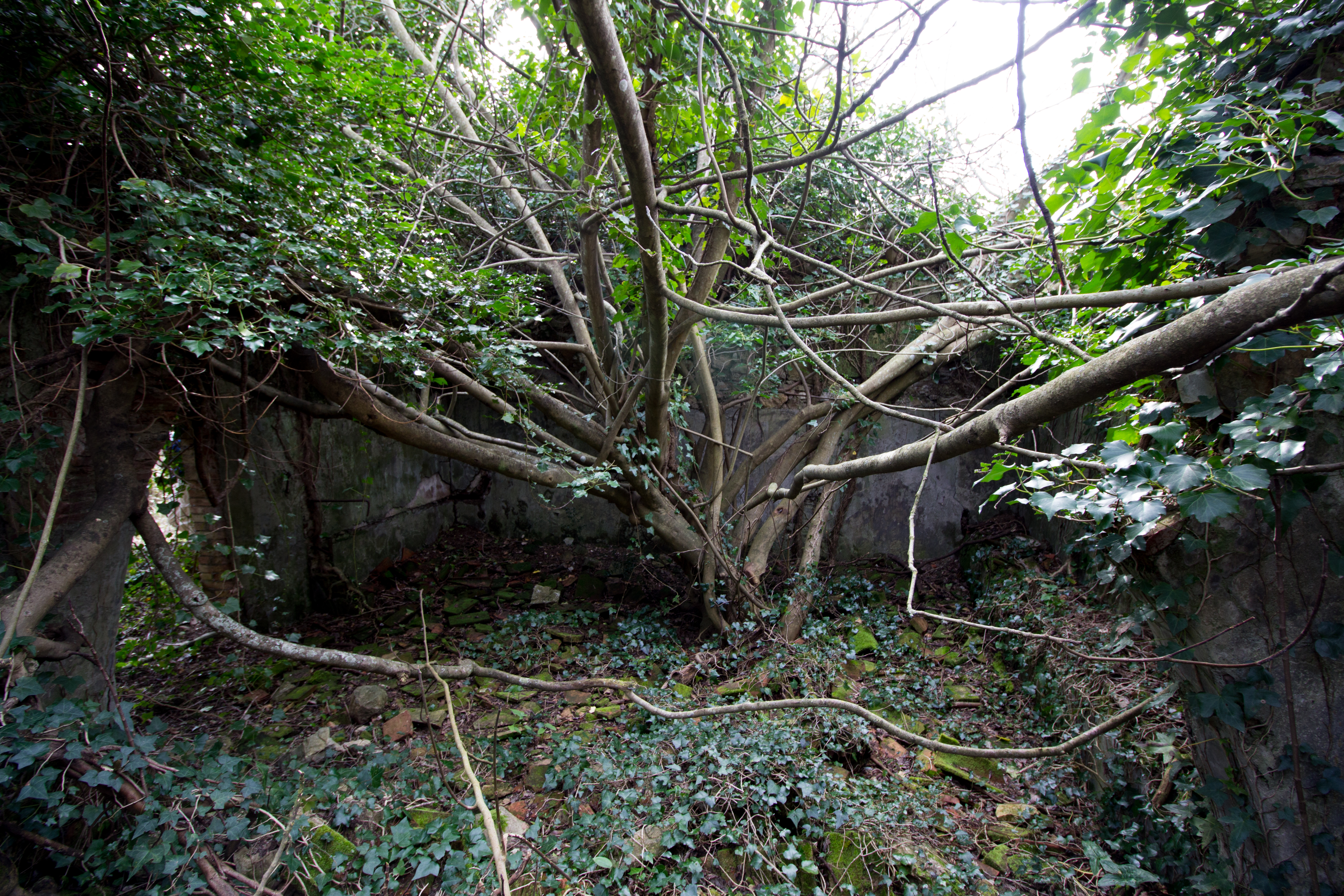 The main wall, with what appears to be a moat and bridge are still standing. 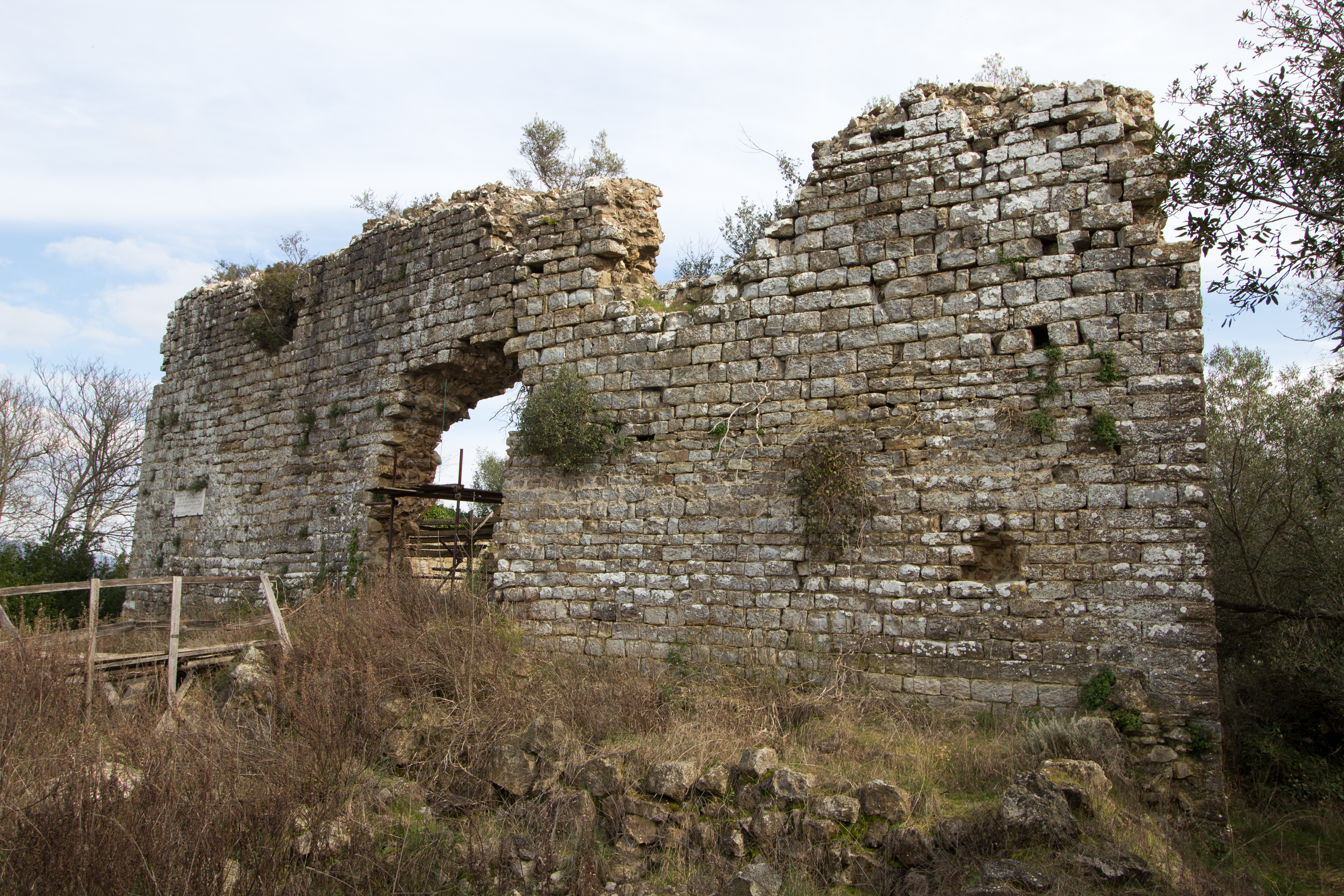 Large sections of the castle still stand to this day. The tower foundation, located in the center of the fortifications, was at one point converted from a tower into a cistern. 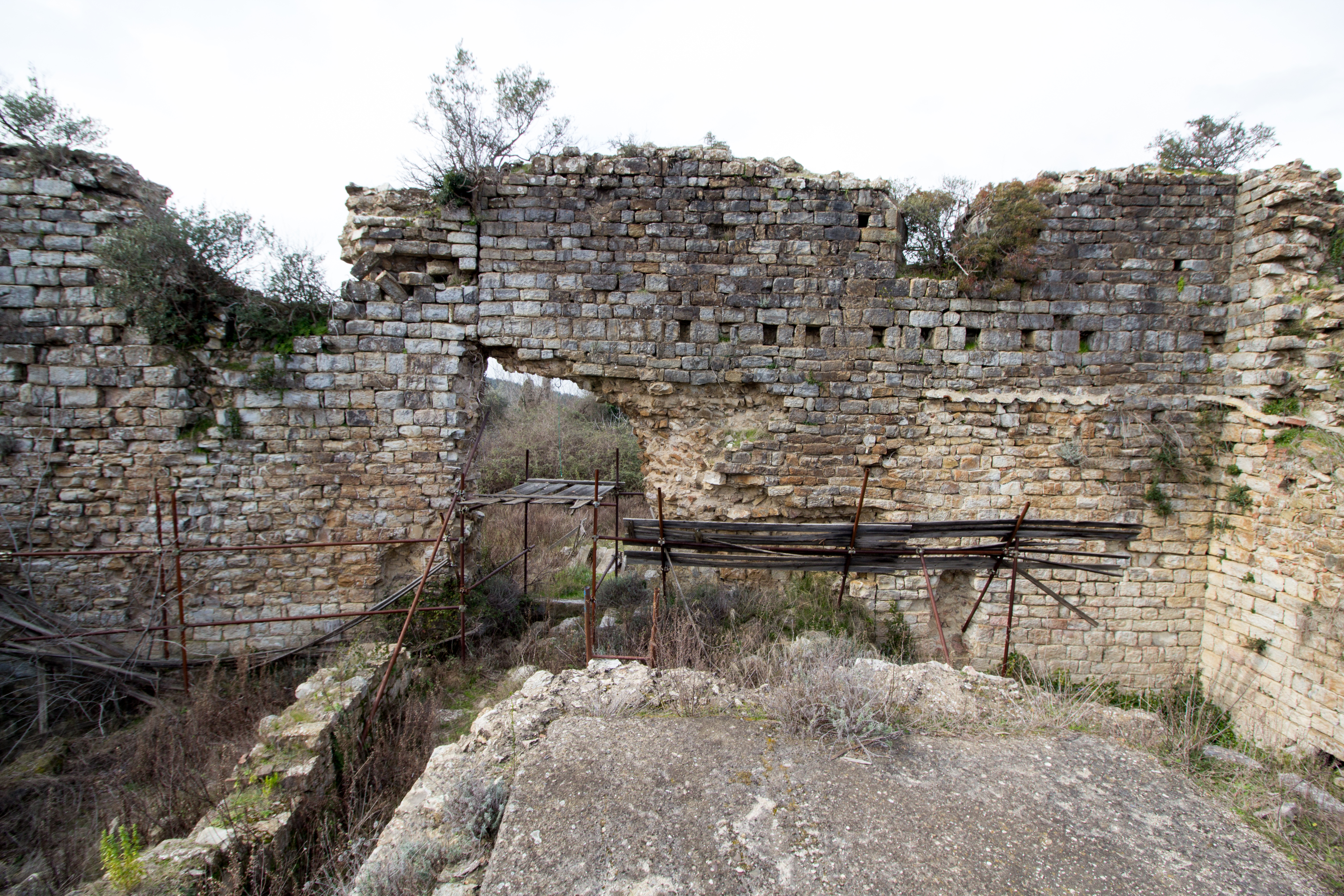