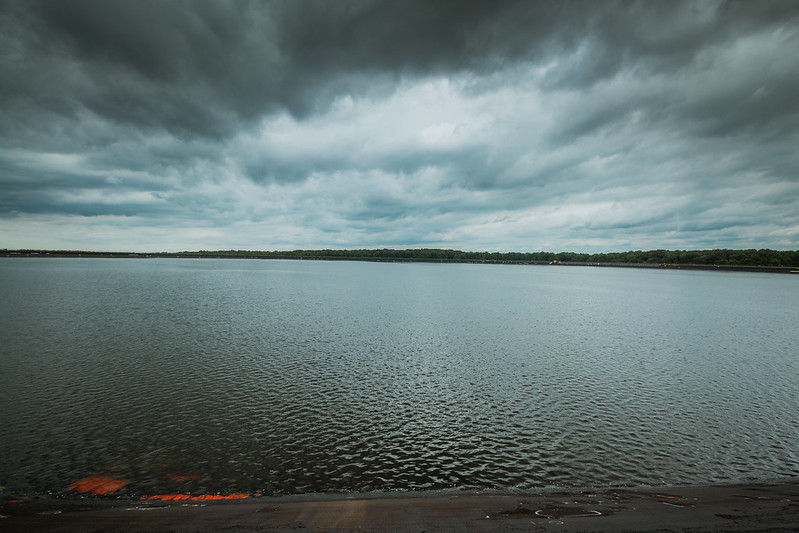 When you flip on your house lights, you expect the power to be there, right then. But how does the power grid handle this fluctuating need, that dwindles at night and peaks during the day? Batteries. Huge batteries made of water.

The idea is that excess energy that is generated during off-peak times is stored as gravitational potential energy. When extra power is needed turning peak times, that water stored at elevation is released through turbines to generate electricity.

Seneca Pumped Storage Generating Station is an example of pumped-storage hydroelectricity. Another example is Taum Sauk in Missouri, which was the largest in the world when it was built. I’ve been fortunate enough to visit that massive battery as well.

Meeting people from the areas I explore is generally one of the highlights of most trips.

I met a guy named Carl that lives in the area and he showed me around a bit.