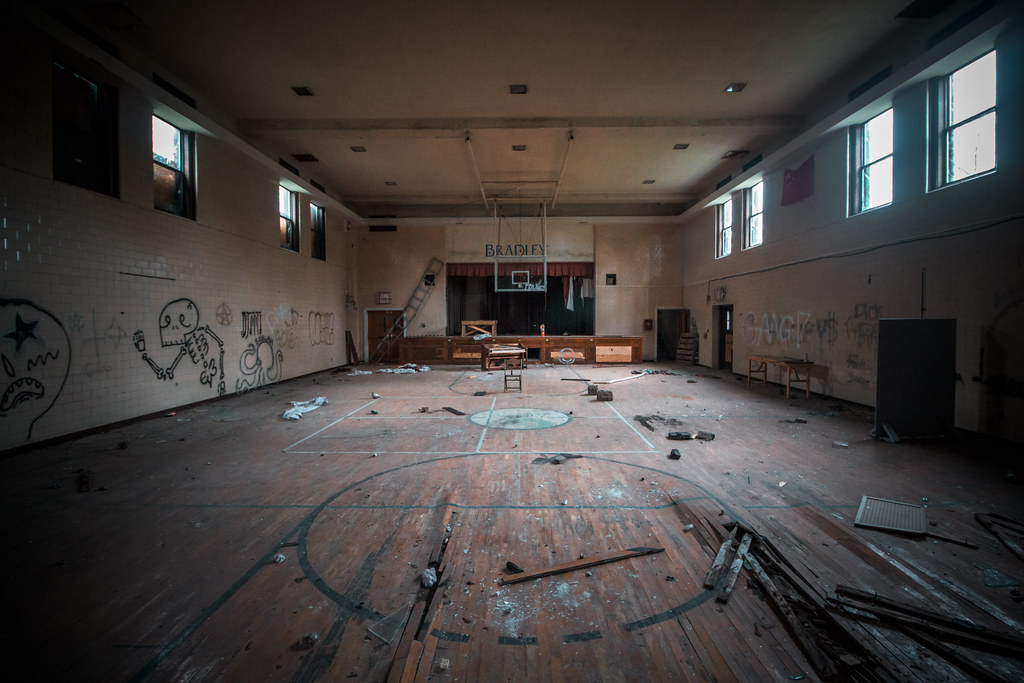 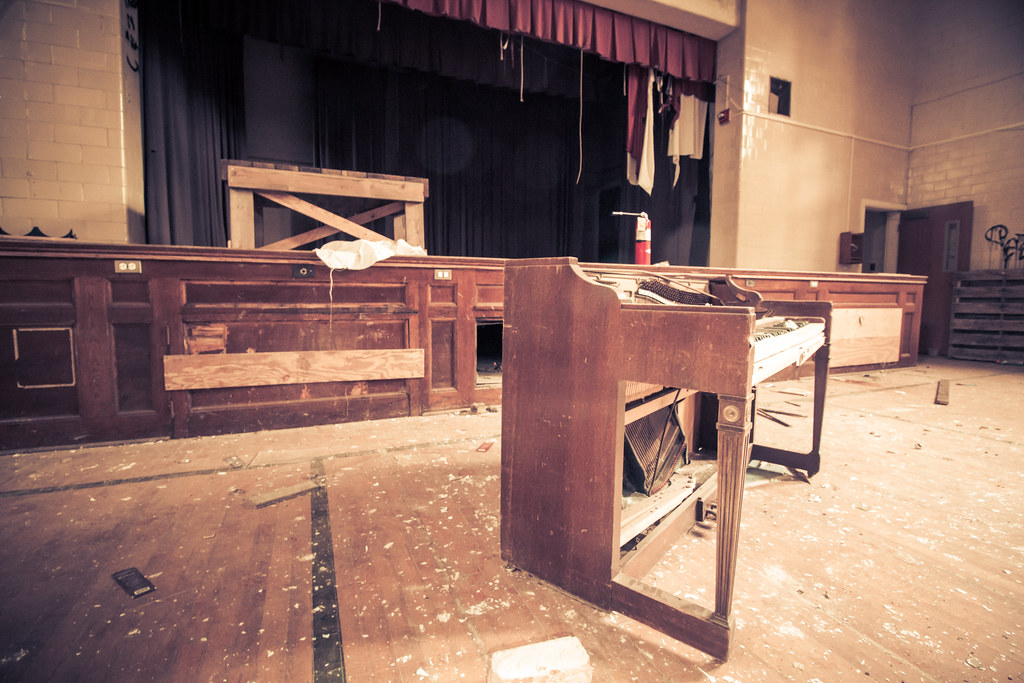 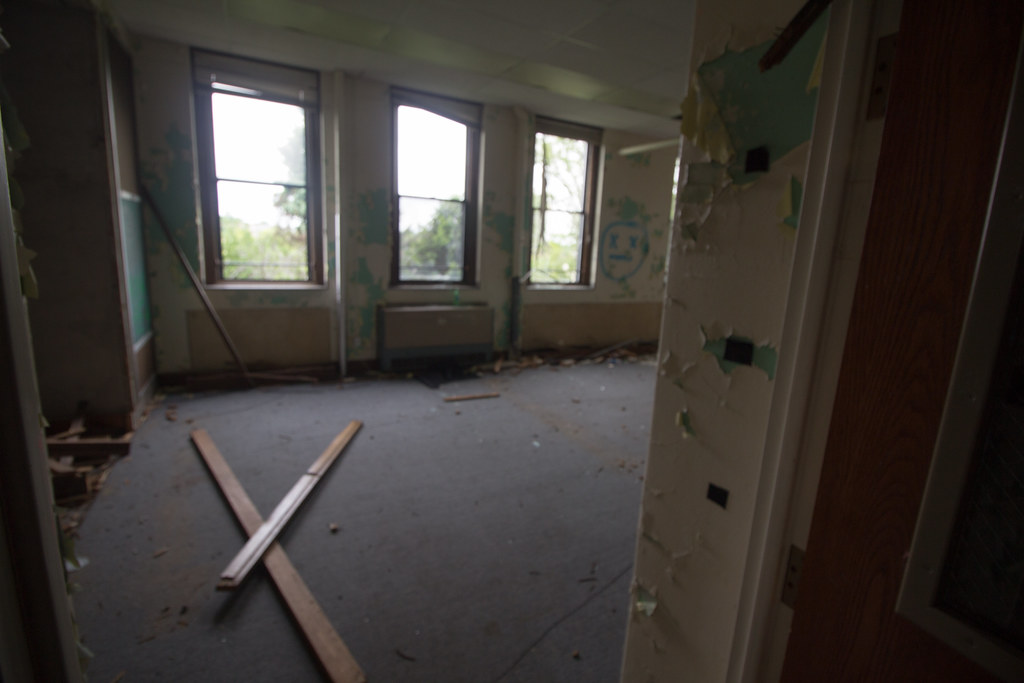 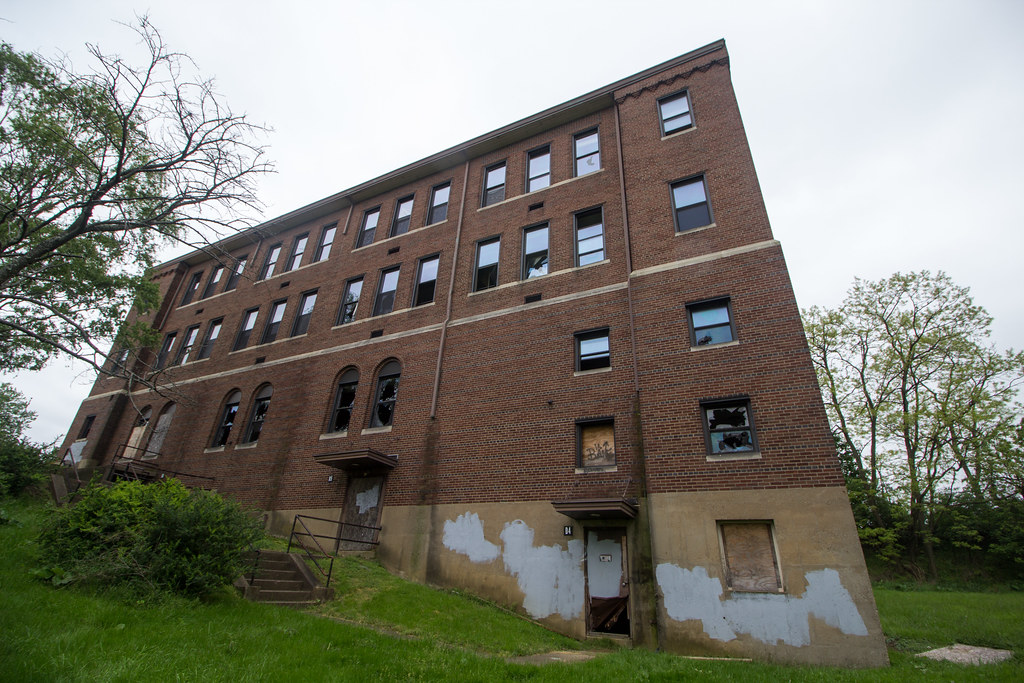 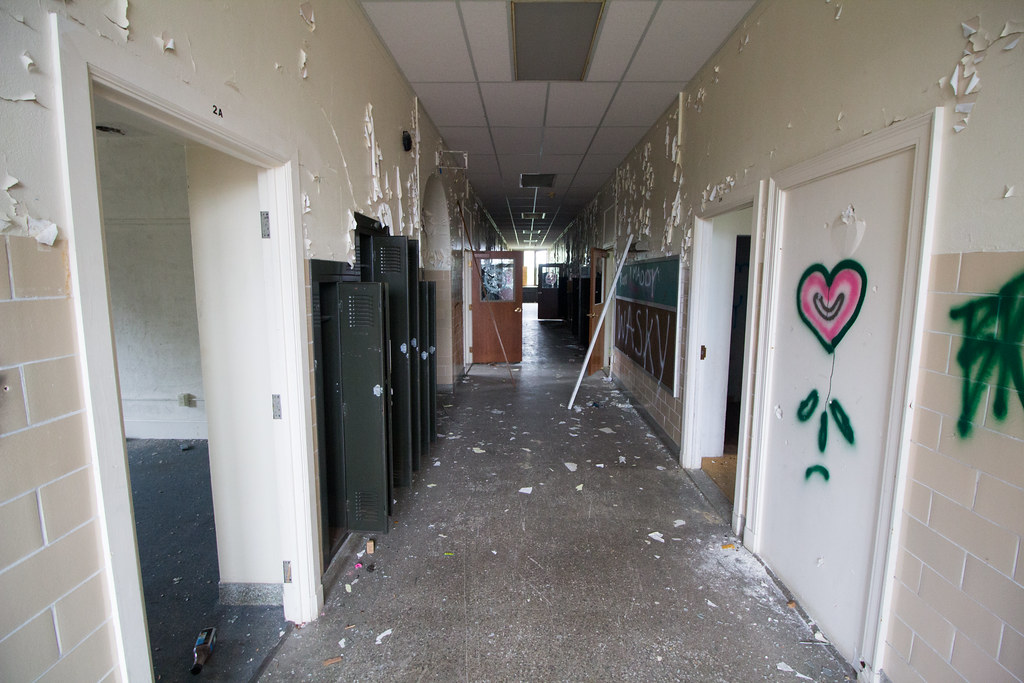 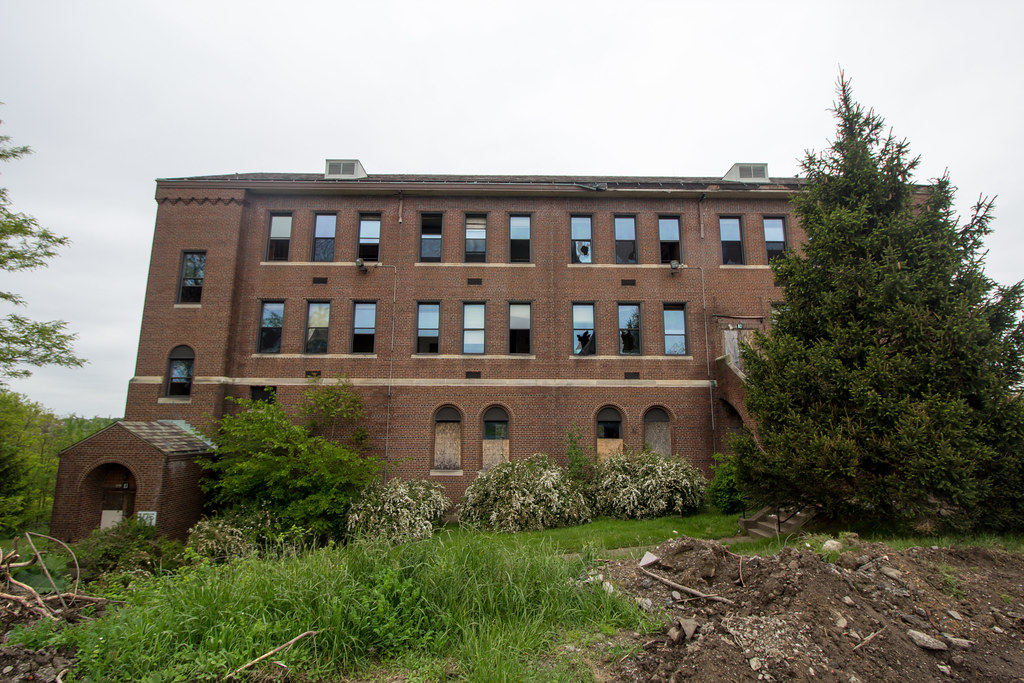 Pennsylvania has officially become the eleventh US state that I have lived in. We relocated here in February 2017. I’m only now beginning to be able to start exploring and have started building a a map of locations to photograph.

It still surprises me how easy it is to gain entry into buildings like this simply by asking.  When I arrived, there were two employees of the demolition company driving bulldozers around the property.  Initially, when I scouted the location, there were multiple buildings that I wanted to photograph.  Unfortunately, I was too late for two of the buildings as they had already been torn down.

I asked one of the demolish crew if they cared if I entered the school to take some photos.  We spoke for a few minutes about what I was doing.  He was so interested that he offered up two more places that his company was bidding on for demolish work.

I was not able to find information about this facility from before it was known as The Bradley School.  The property is located between a private Catholic high school and a Salvation Army.  I believe the school property is owned by one or the other.  However, some of the demolish crew that I met stated that the city owns the property.