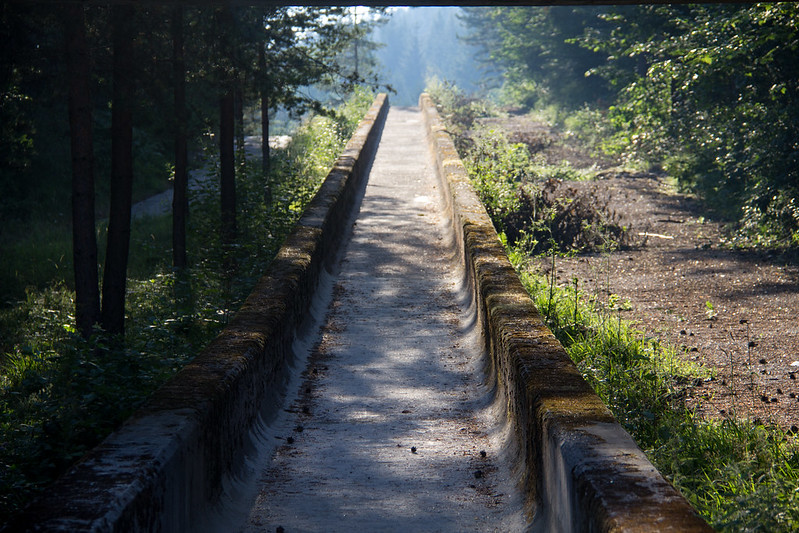 When I moved to Italy a few years ago, we didn’t have a car for the first few months. I bought a mountain bike to get around. I hadn’t ridden a bike since college, but was instantly hooked. I started hitting every trail I could find and competing in dozens of endurance races.

While browsing reddit.com/r/mtb, I came across a video of some people biking on an abandoned bobsled track. After some research, I discovered that the 1980’s bobsled track built in Sarajevo, Bosnia for the winter Olympics was abandoned during the civil war.

I purchased a Serfas Bike Case to be able to get my 2014 Cannondale Scalpel 3 from Pisa to Sarajevo safely. The case is advertised as being suitable for a 29er, but it was an extremely tight fit (I had to deflate my tires). 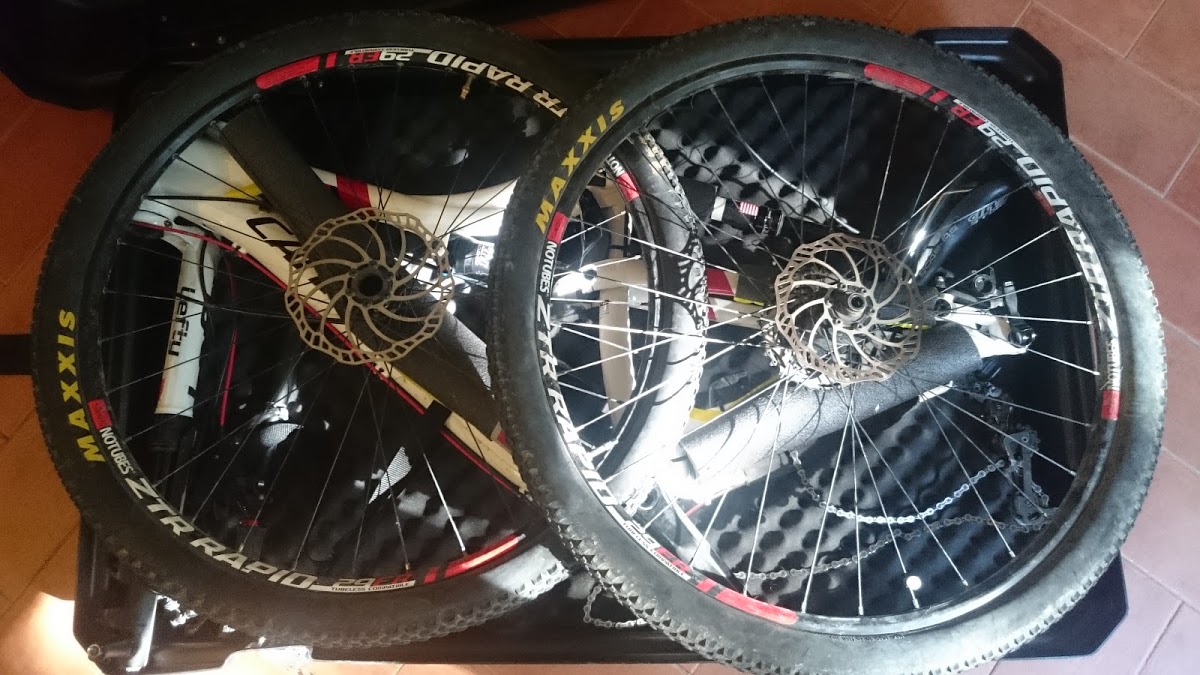 On my first day in Sarajevo, I headed out of my hostel at 5am. I had purchased some breakfast the night before and ate it during my descent into town. The climb out of town up to where the bobsled track is, is fairly impressive.

I was floored by the condition of the track. The videos I had watched prior to my trip showed tons of debris on the track, tree branches hanging low over the track and wounds from the civil war damaging the track. It was clear that someone had been cleaning up the track and making it rider friendly. 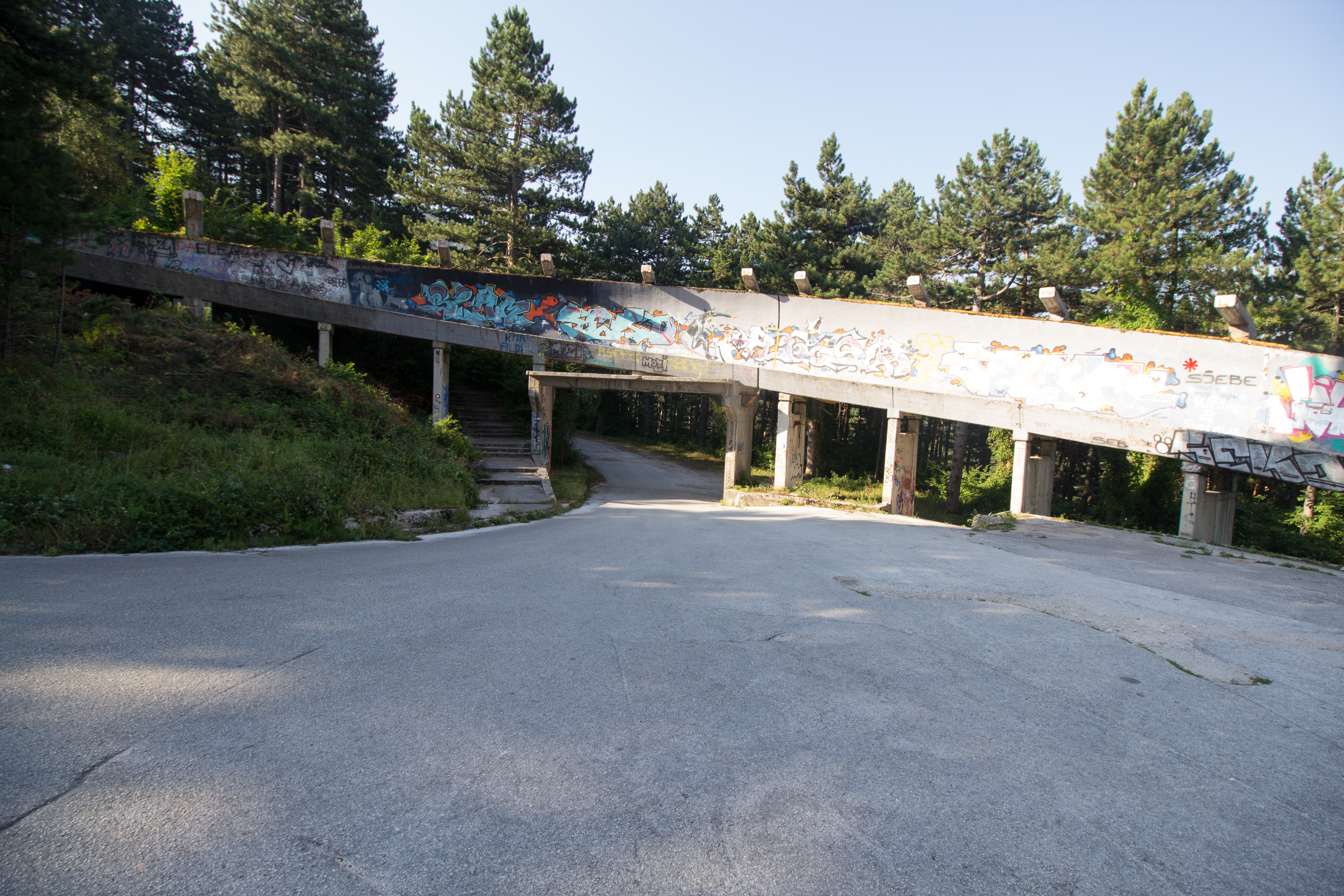 After making a couple test runs to make sure the track was clear, I felt that I had a decent handle on how to ride it at some faster speeds. The entire track is only about 1.3km long and takes under 2 minutes to ride. I made 7 or 8 rides and had a blast. Easily one of the coolest experiences that I’ve had. 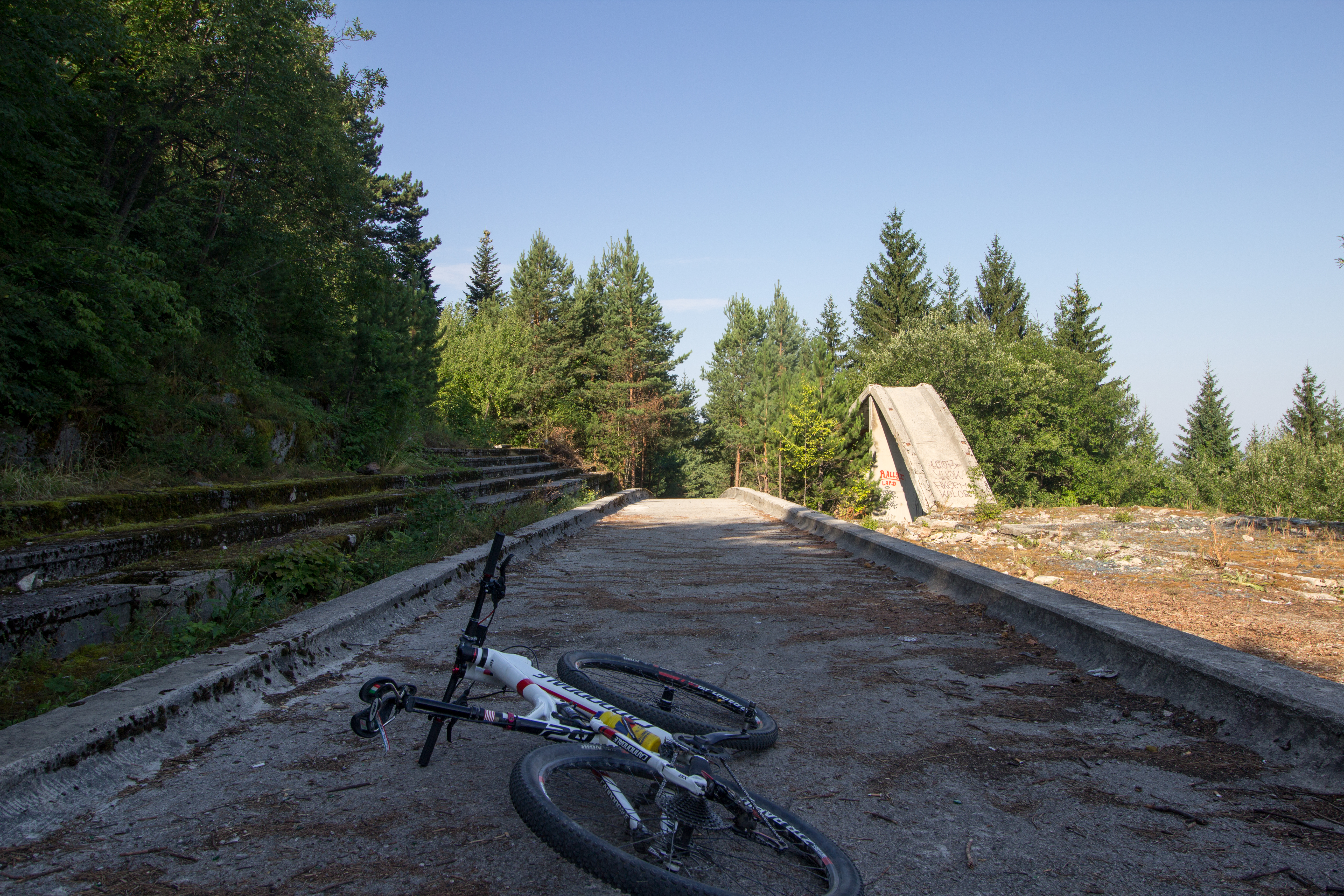 Sarajevo has a number of really good bike shops. Some are even willing to rent bikes to tourists. If you aren’t able to get your own bike to Sarajevo, but still want to ride the track, look into renting a bike from a local shop. It will be well worth it.