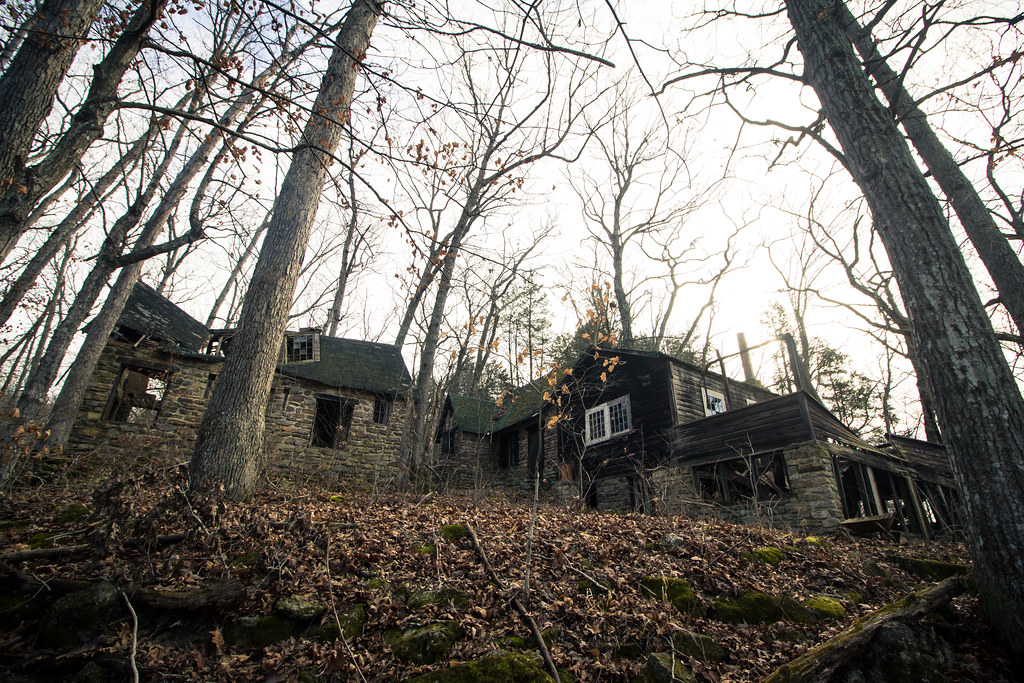 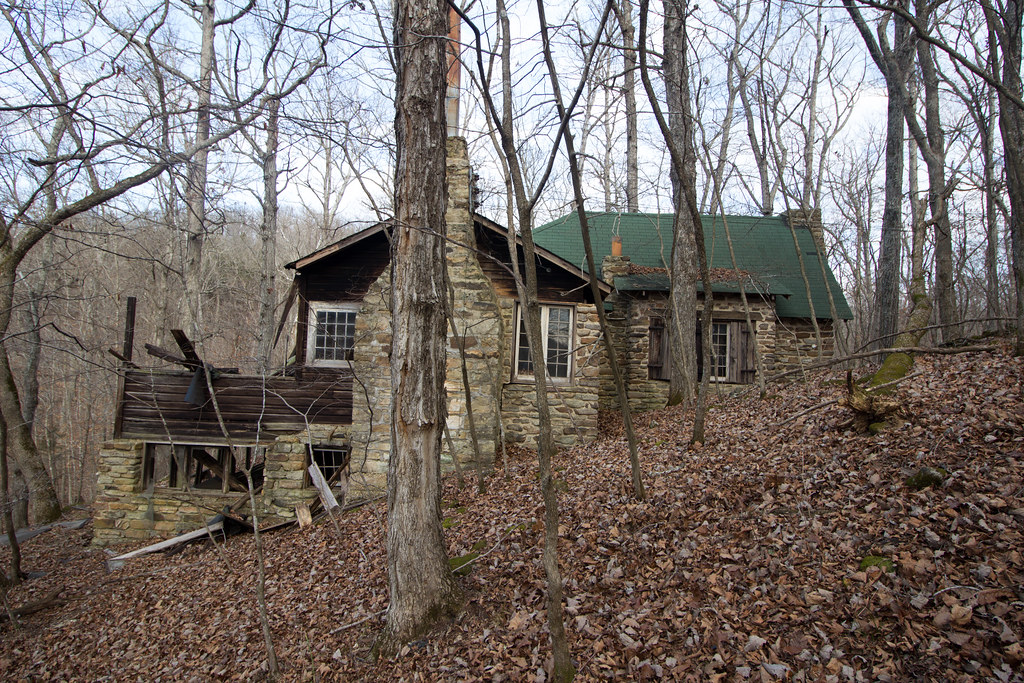 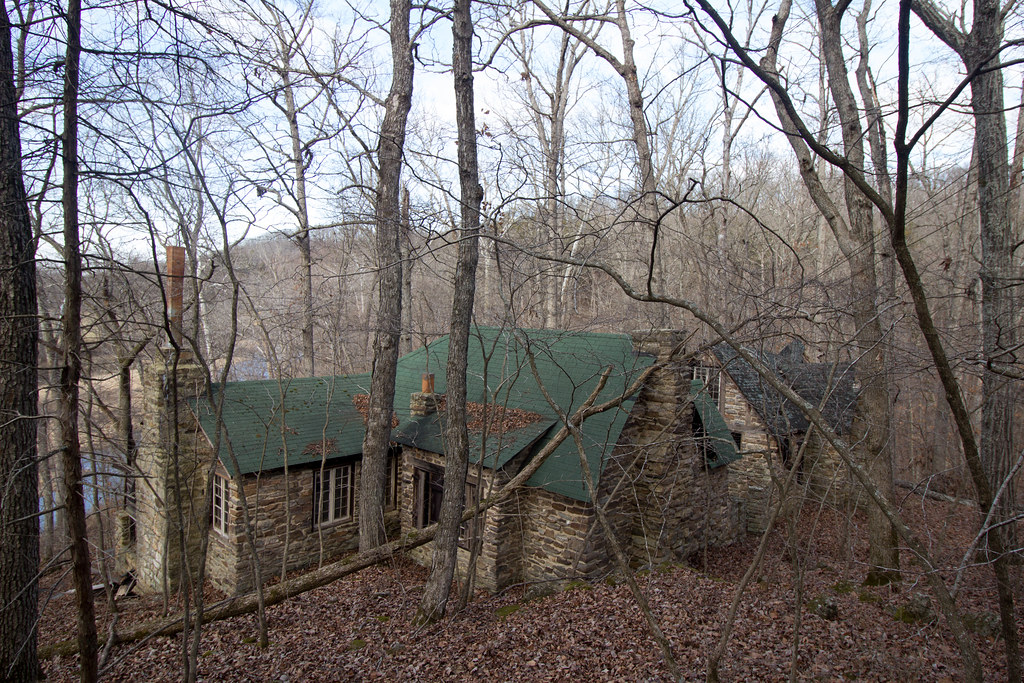 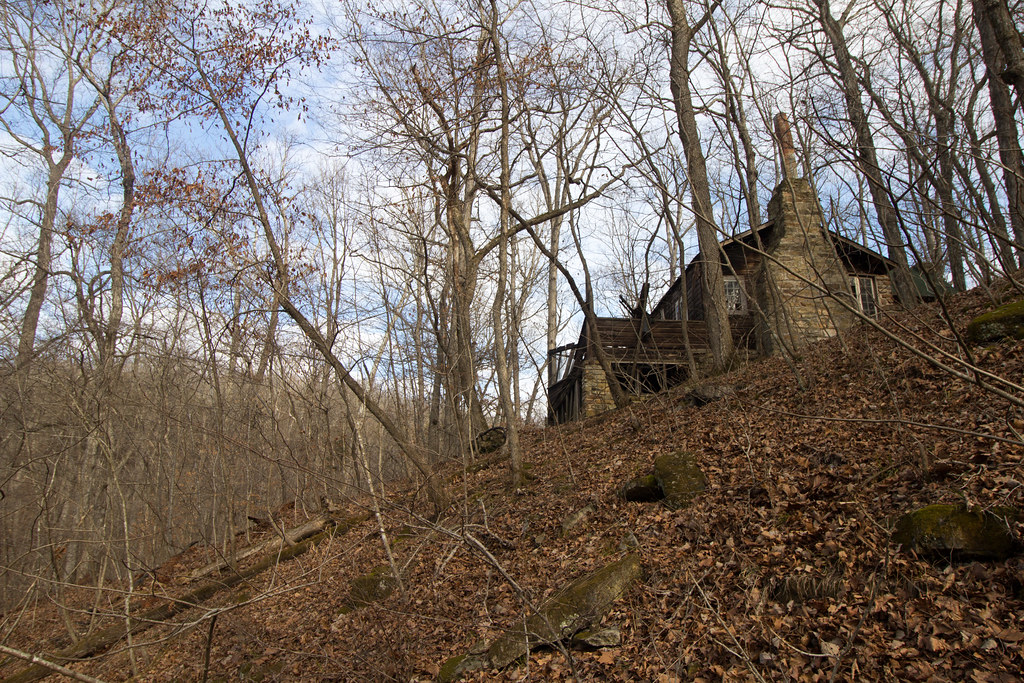 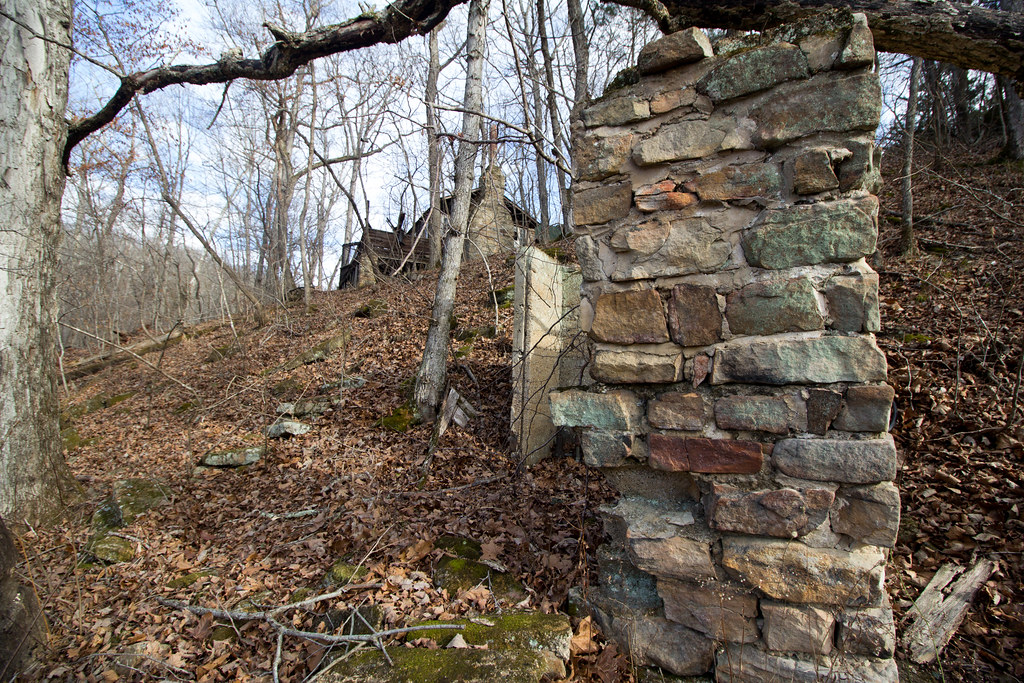 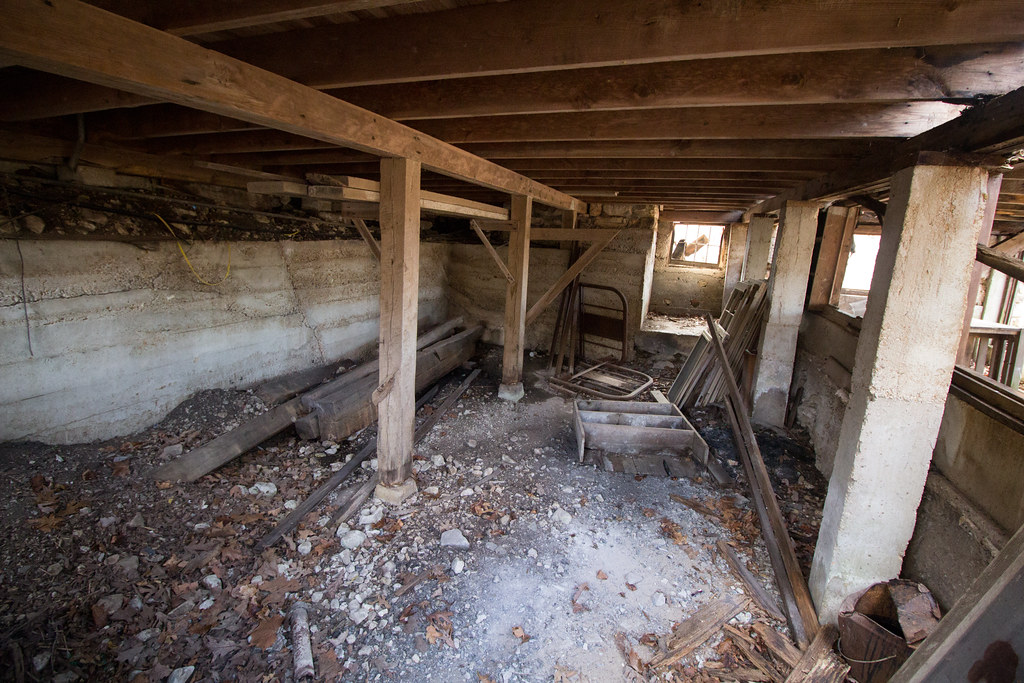 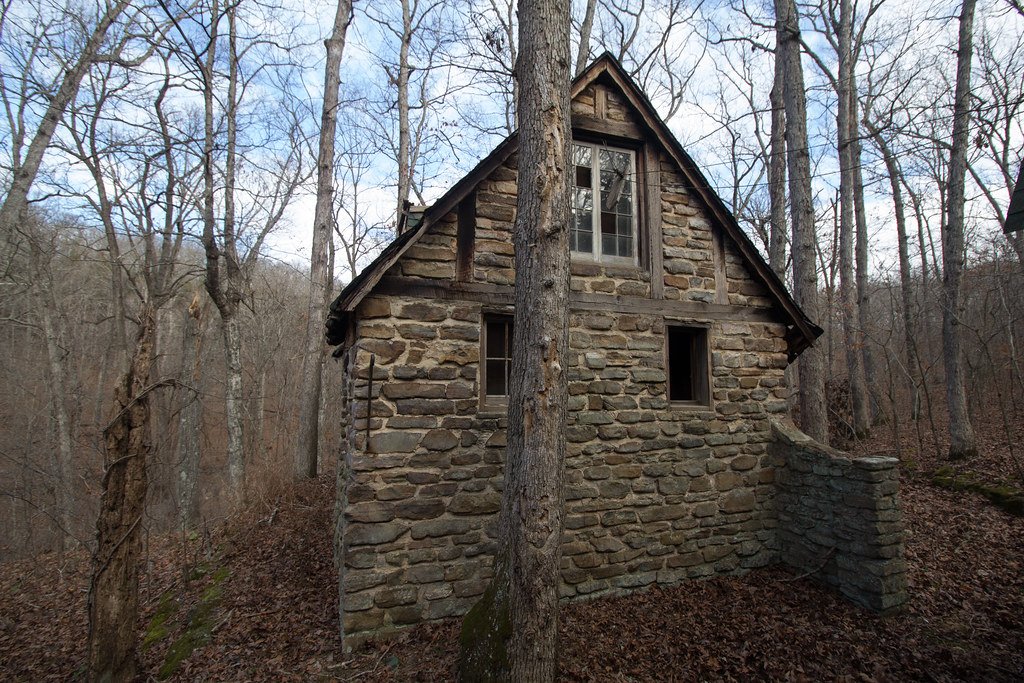 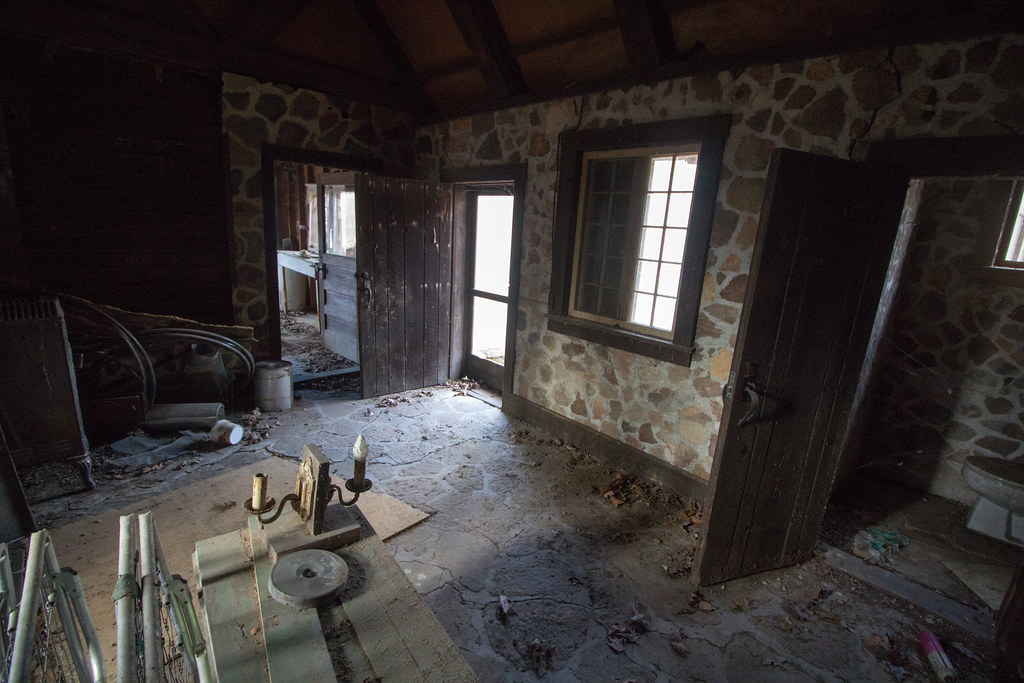 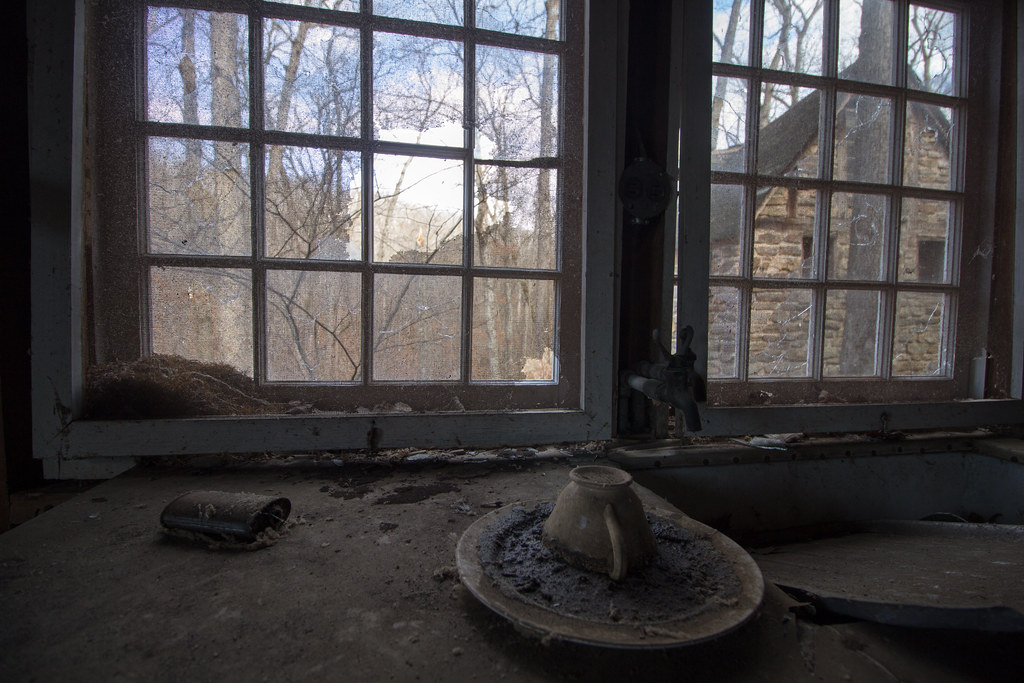 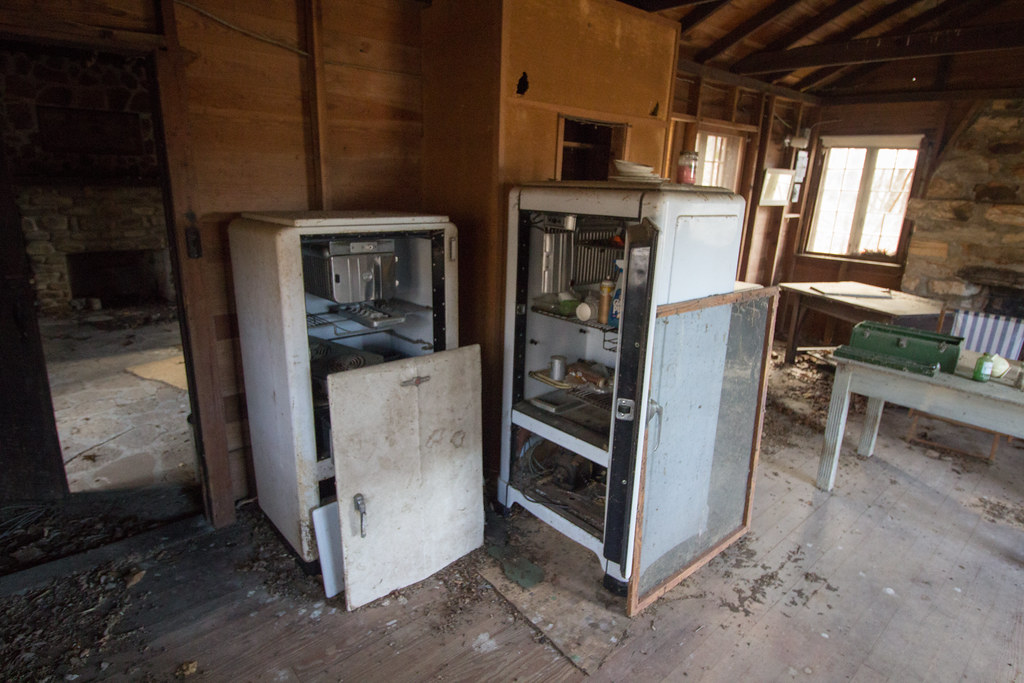 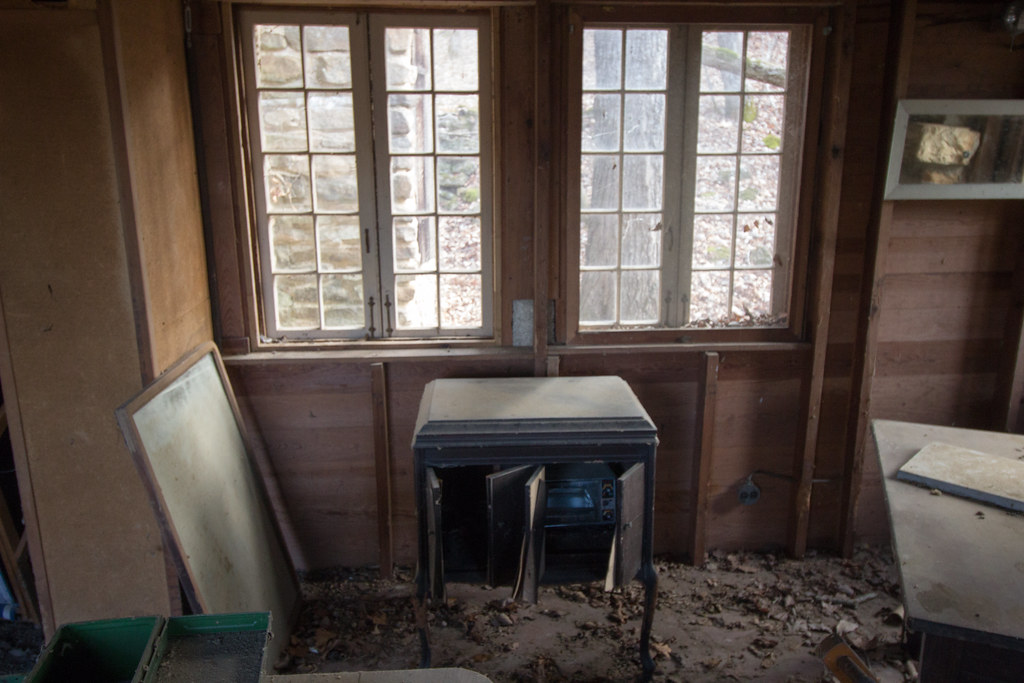 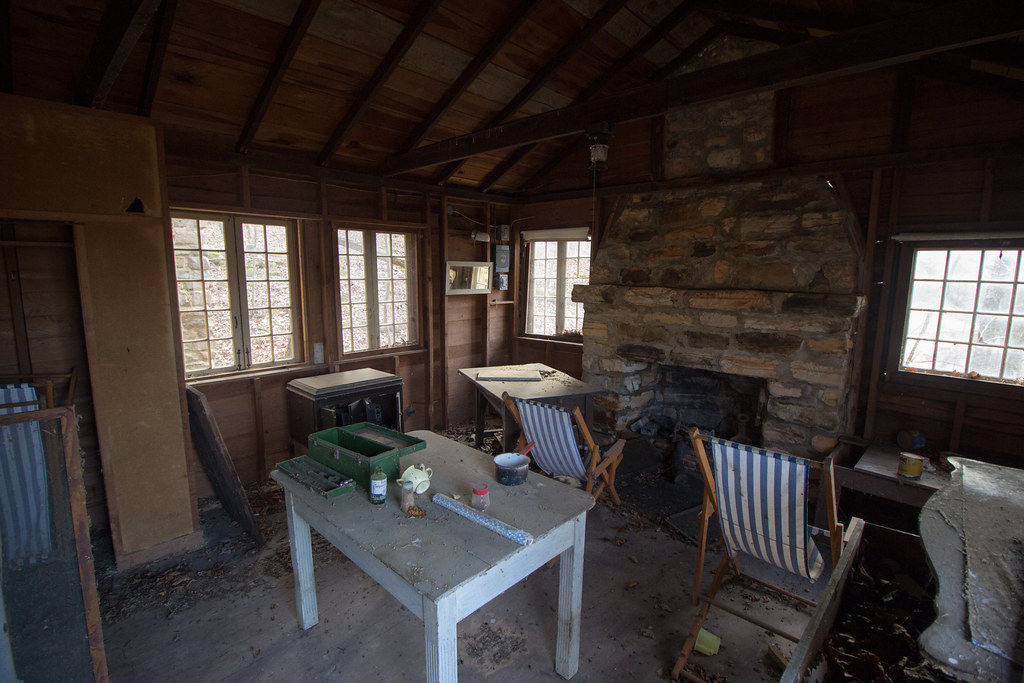 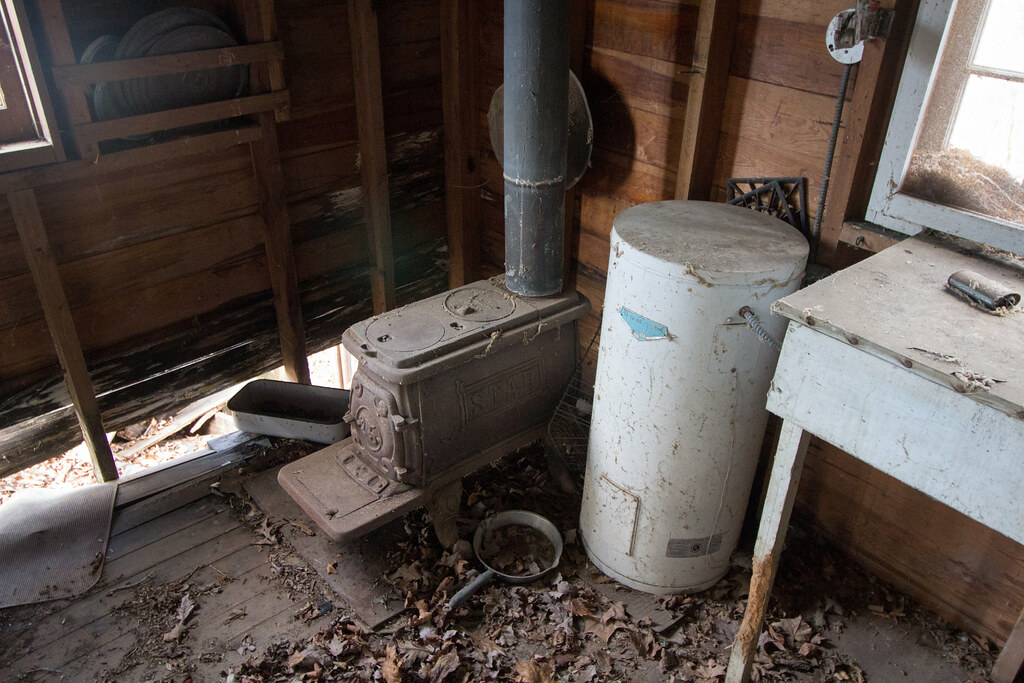 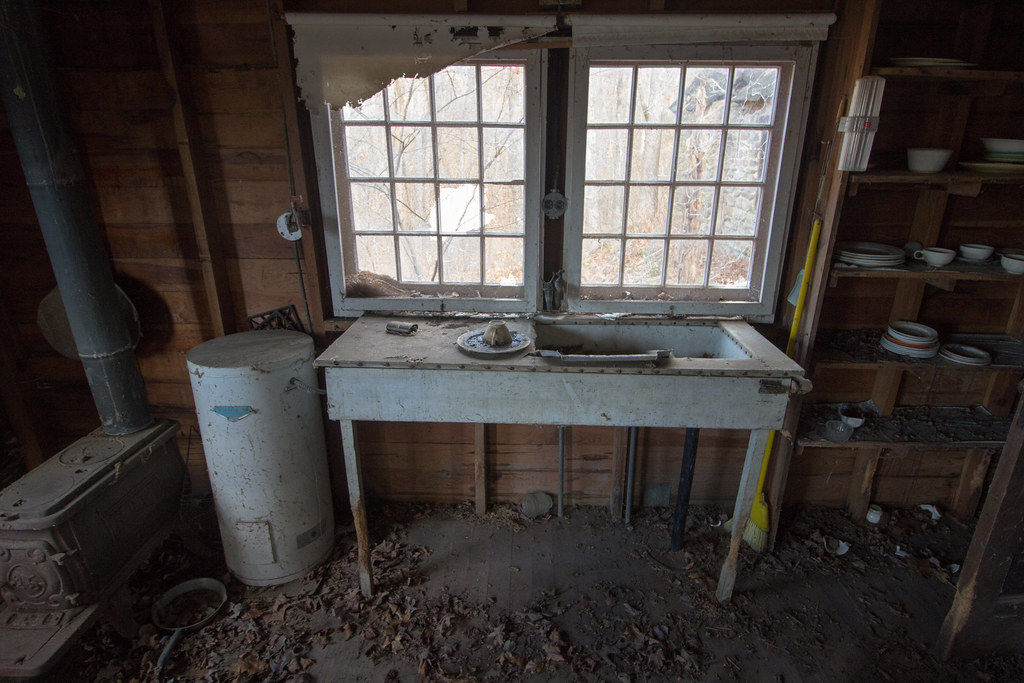 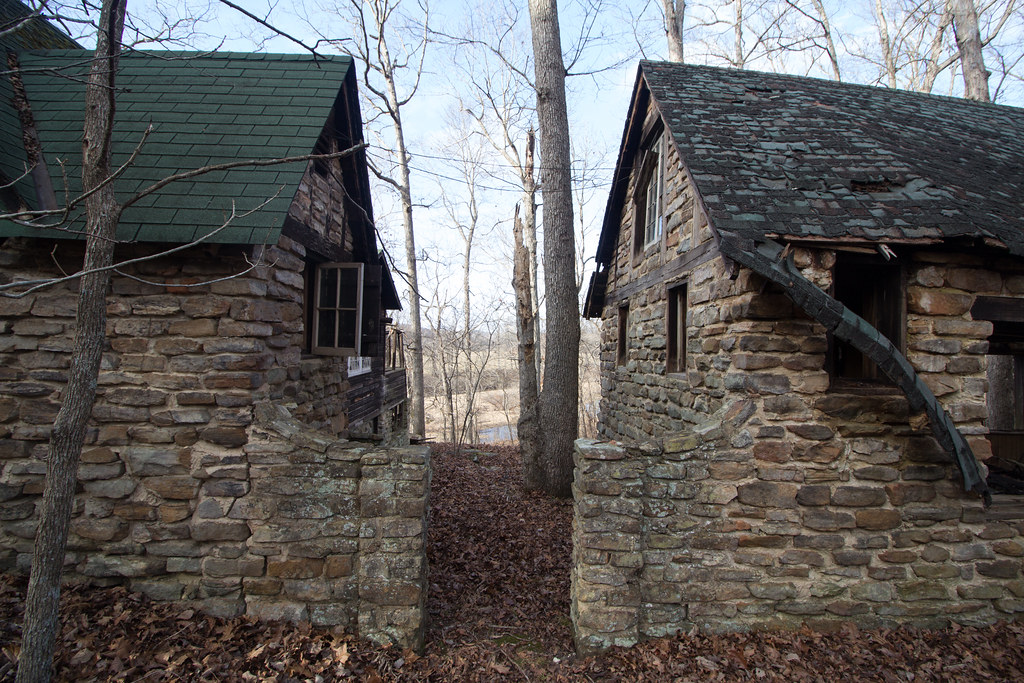 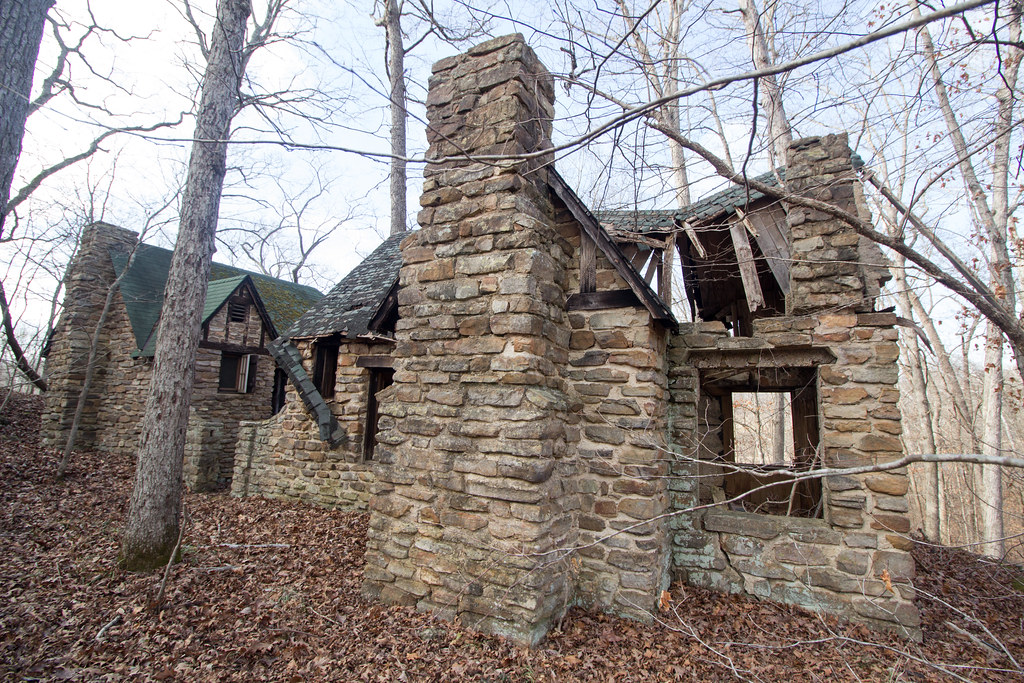 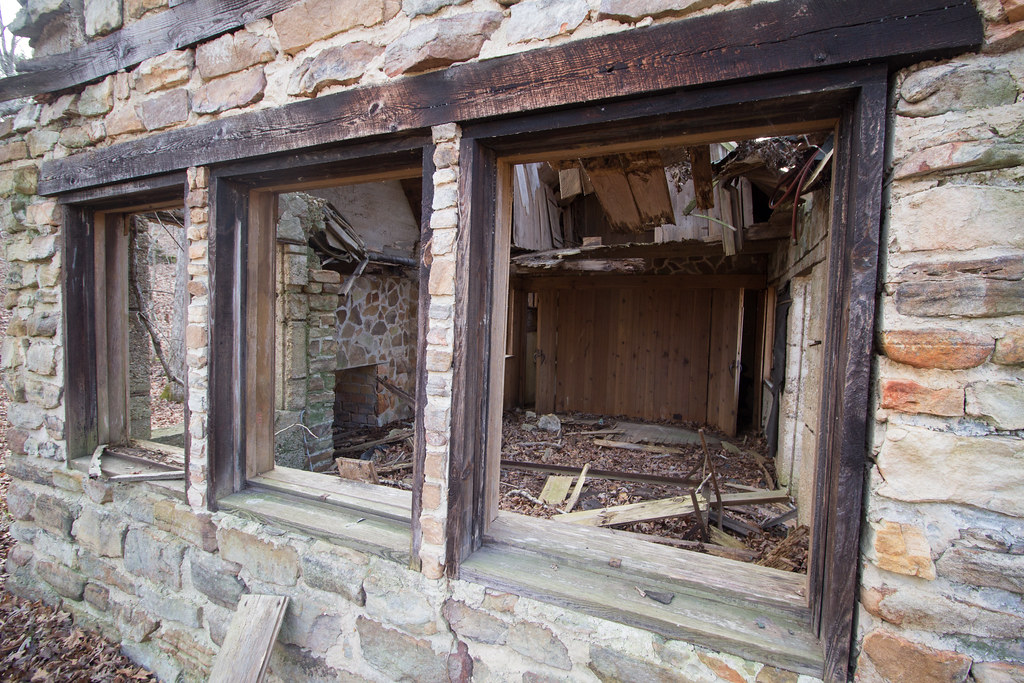 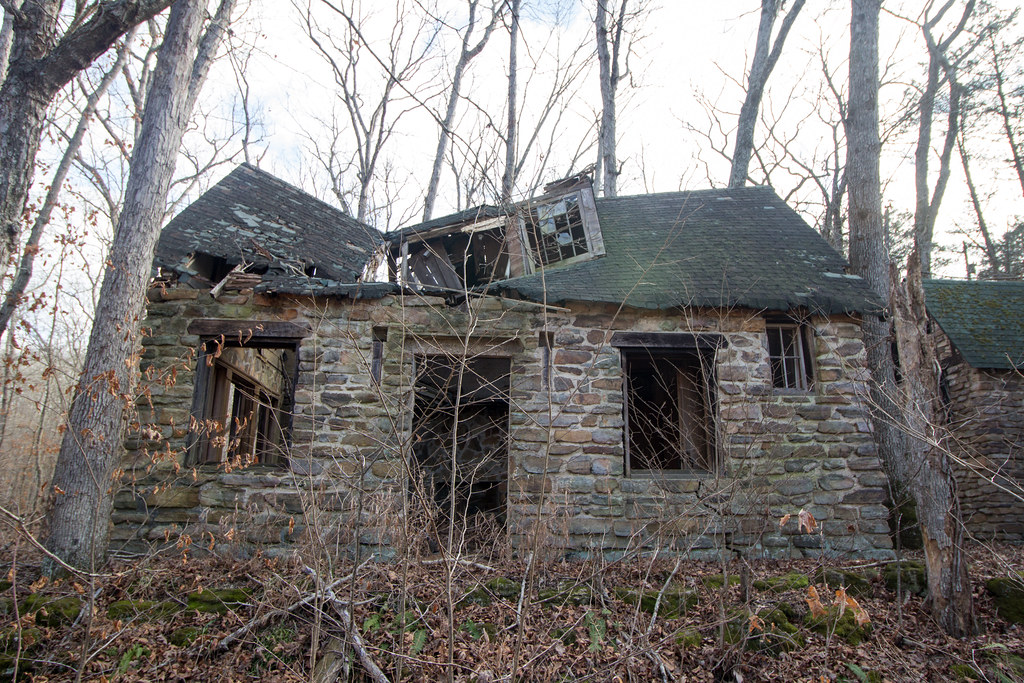 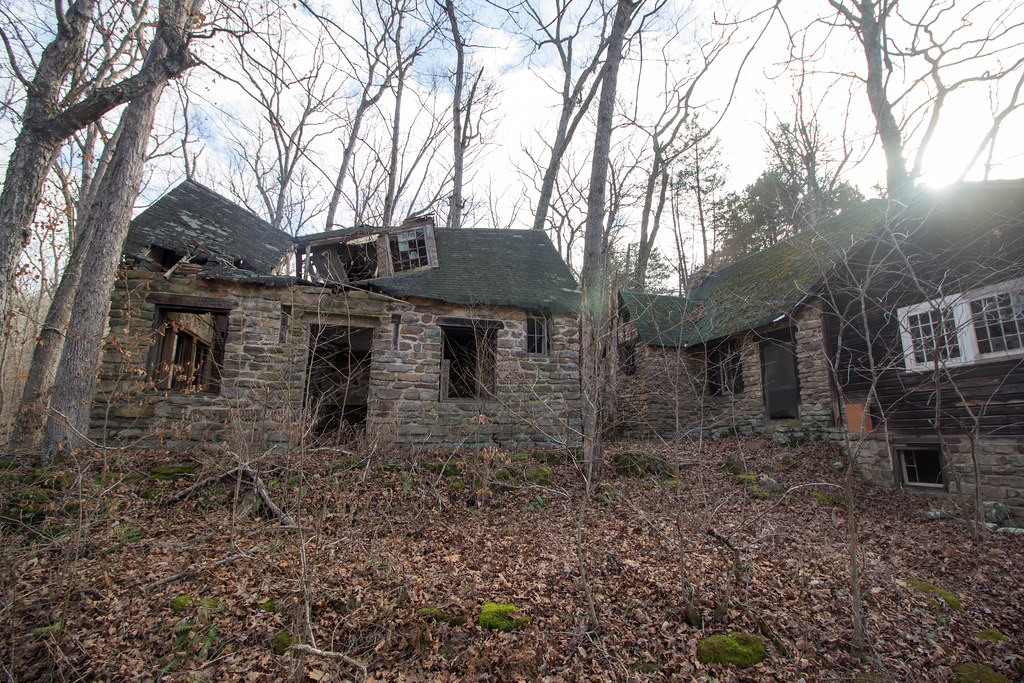 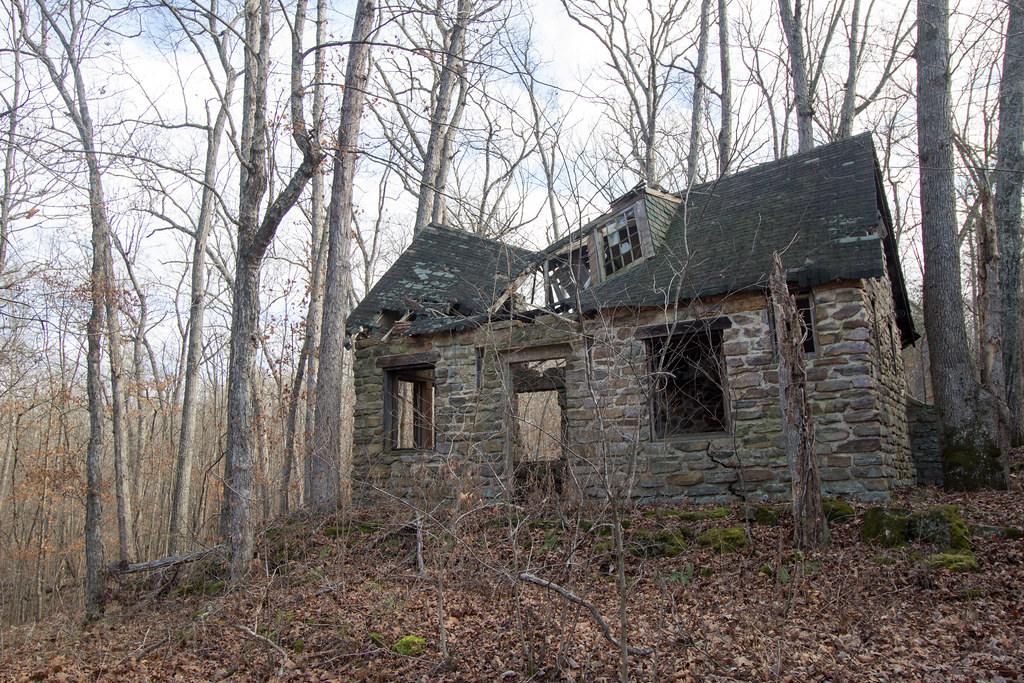 I’m particularly proud of having found this location. A redditor by the name of durnse posted some photos three years ago of this location.  Although he wasn’t willing to share the location, I was able to locate the property after an extensive internet search.  I received a lot of help from fellow explorers familiar with the area.

The resort, or camp, is not easily reached as it’s nearly a mile through densely forested Ozark mountains. I found the property to be in very similar condition to the photos posted three years ago. The doors were open, various daily household goods strewn about, with cobwebs covering every inch of the interior.

Tracking down information about the property has not been easy.  North of the home, down river, stands Mound Ridge Retreat and Mission Center, a religious camp.  The retreat was originally built in the 1920’s by Fritz Hueppner with the help of Italian stonemasons.  I’m no architect, but having spent 5 years in Italy, I can see the similarities in stone work between Italian structures, Lonely Camp and Mound Ridge Retreat.

The Sullivan News make mention of Heuppner owning a hunting lodge in the area, leading me to believe that Lonely Camp was his hunting lodge.

The Mound Ridge Retreat property was later sold to Hugo Wurdark.  After his death, much of his land was donated to Mizzou and became the Wurdark Research Center.