Istanbul and My Fourth Continent 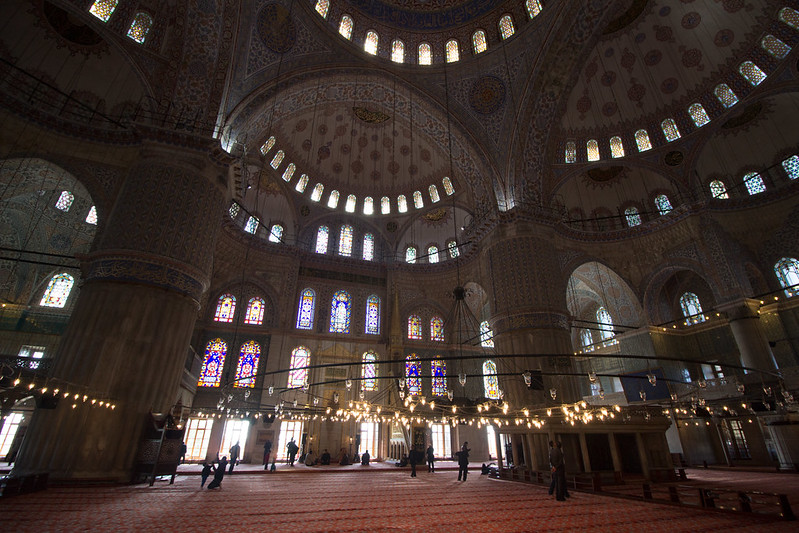 After years of putting off the adventure, I finally made it to Turkey.  I quiet possibly have found a new favorite destination for adventuring.

My father lived in Turkey for a few years as a teacher.  I’m pretty sure he found Turkey to be a tough competitor for his favorite nation to experience.  My wife was able to travel to Turkey a few years ago for work, but unfortunately, at the time, I wasn’t able to accompany her.

We landed in Istanbul a few hours after dinner.  Before leaving the airport, I converted some dollars into Turkish lira at about 1USD to 2.6TL.  This rate is the best it’s been in almost a decade.

Not knowing how often we would use the public transportation system, we purchased a single use token for 4TL and hopped on the metro.  There are two different types of machines selling access to the metro.  The larger machines are for refilling a rechargeable card.  The smaller machines sell single use tokens.  There are only three buttons, one to change the language, one to confirm the purchase and one to change the number of tokens being purchased. The machine accepts cash and coin.

Our hotel for the night, Herton Hotel, located in the Fatih district in Istanbul.  I picked a hotel in this area because it contained most of the destinations we planned on visiting while in Istanbul.  We took the M1a towards Yenikapı and exited at the Aksaray stop.  This area has plenty of food choices and was an easy location to find a taxi.

Plan to arrive at Hagia Sophia when it opens.  Otherwise, you’ll be standing in line for hours.

After walking down to the waterfront only a few blocks away from the hotel, we used a taxi to reach the Blue Mosque area.  The taxi cost 20TL and even though the driver didn’t speak English, he was able to tell me how much the fair was before the trip.

Istanbul is a city that has long had a problem accessing clean drinking water.  The Valens Aqueduct was built in the late 4th century AD and were part of a massive system to provide water to the hundreds of cisterns build in and under Istanbul. 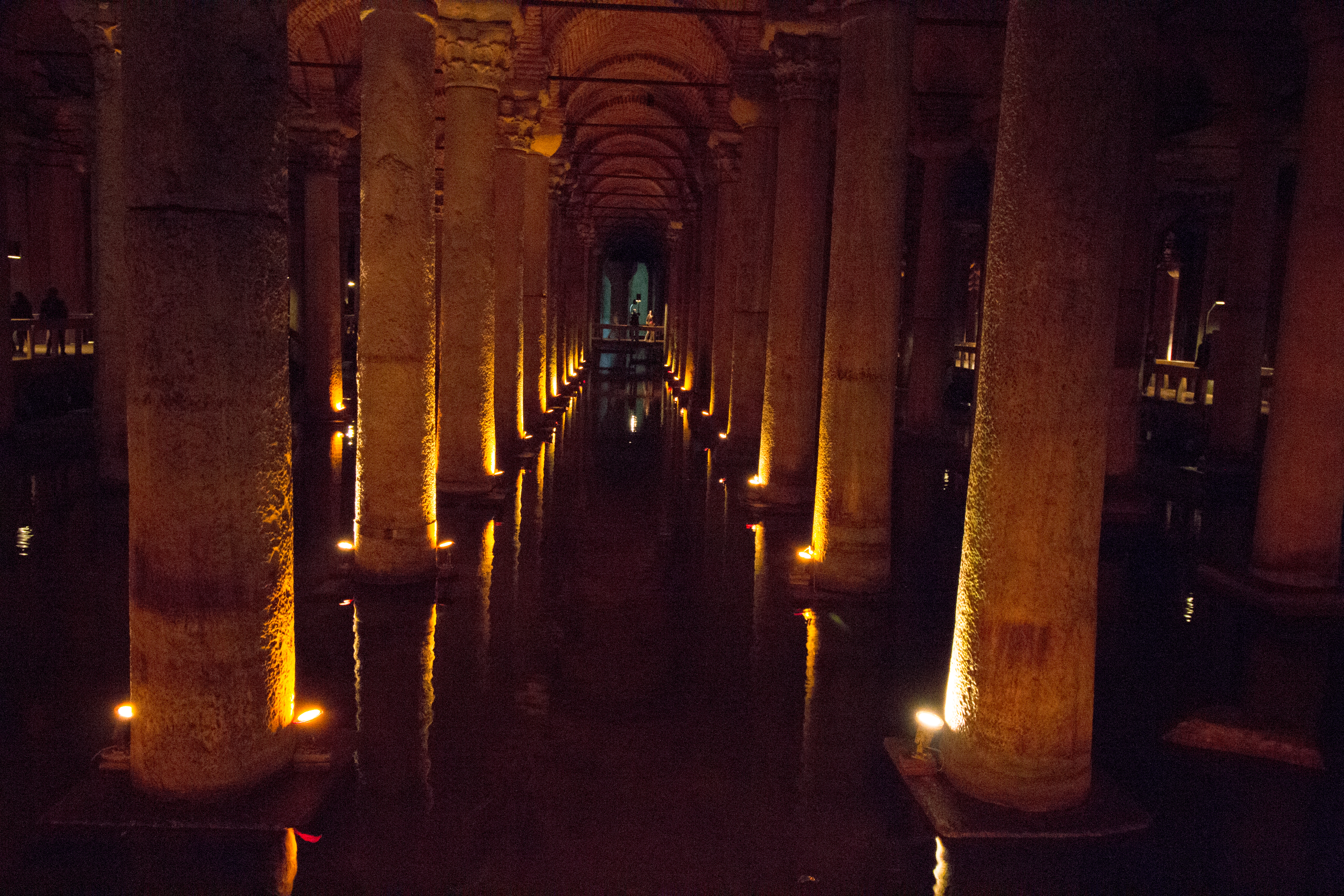 Buy your tickets early and return for your visit in the afternoon.  You’ll avoid the purchase line and be able to escape the afternoon temperature.

The Basilica Cistern is an impressive underground structure.  Built in 532 AD by the Byzantine empire, it was rediscovered in the 1500s after a Frenchman heard stories of locals fishing through holes in their cellars.  The entrance fee was about 20TL and well worth the price of admission.

Built around the same time as the cisterns across the street, this museum was previously an imperial mosque and a Greek Orthodox church before that.  Hagia Sophia is an impressive example of Byzantine architecture and is the second most visited museum in all of Turkey. 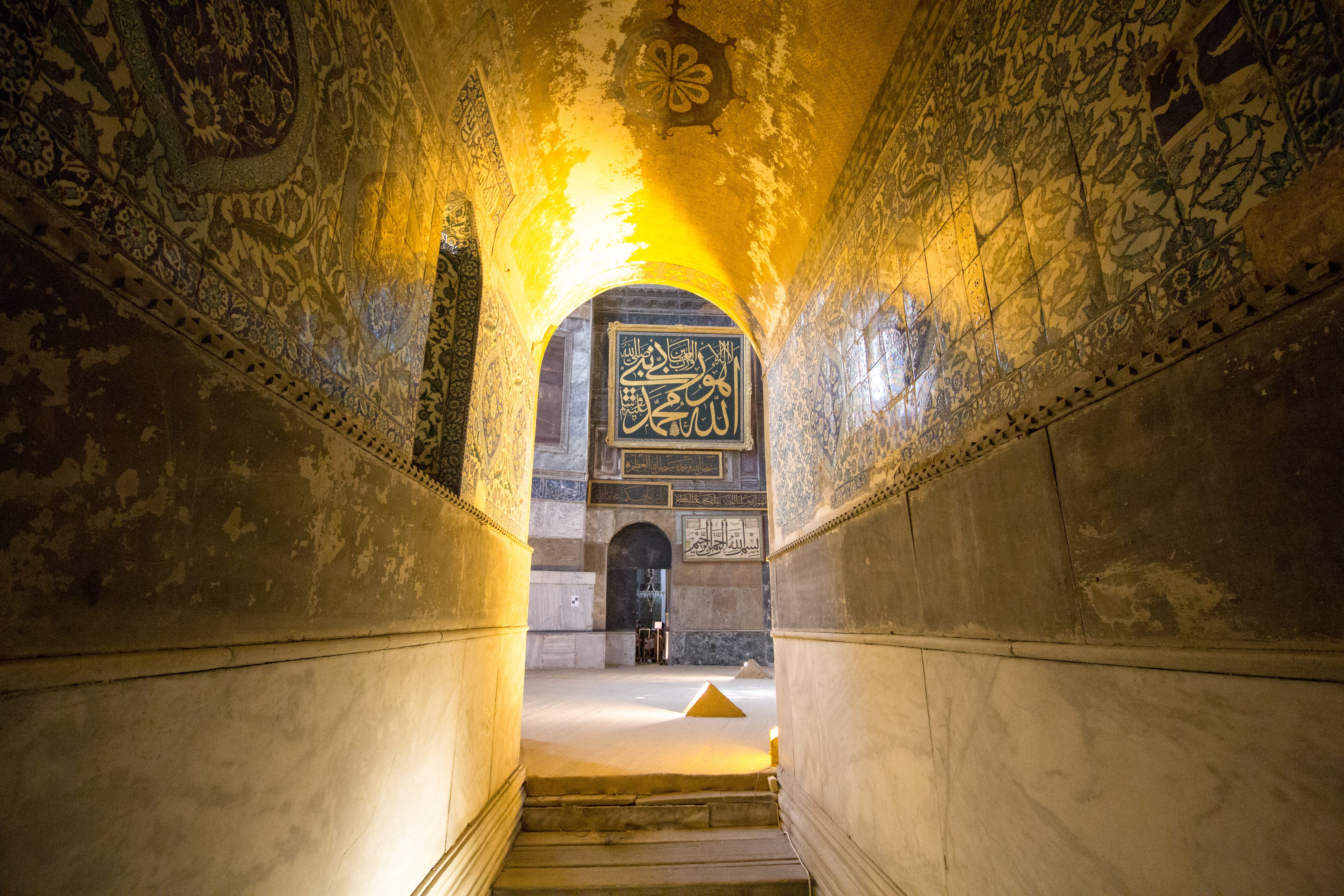 On the left, inside the entrance gate, there are machines that sell tickets.  Skip the line to buy tickets by using this machine, but bring cash.

Over half of the main room’s floor was off limits during our stay because of restoration work. There is also an extensive audio tour guide available that I recommend.

Located across the square from Hagia Sophia is the incredible Sultan Ahmed Mosque, or Blue Mosque.  This mosque is open to the public, when prayers are not being held, and admissions is free. 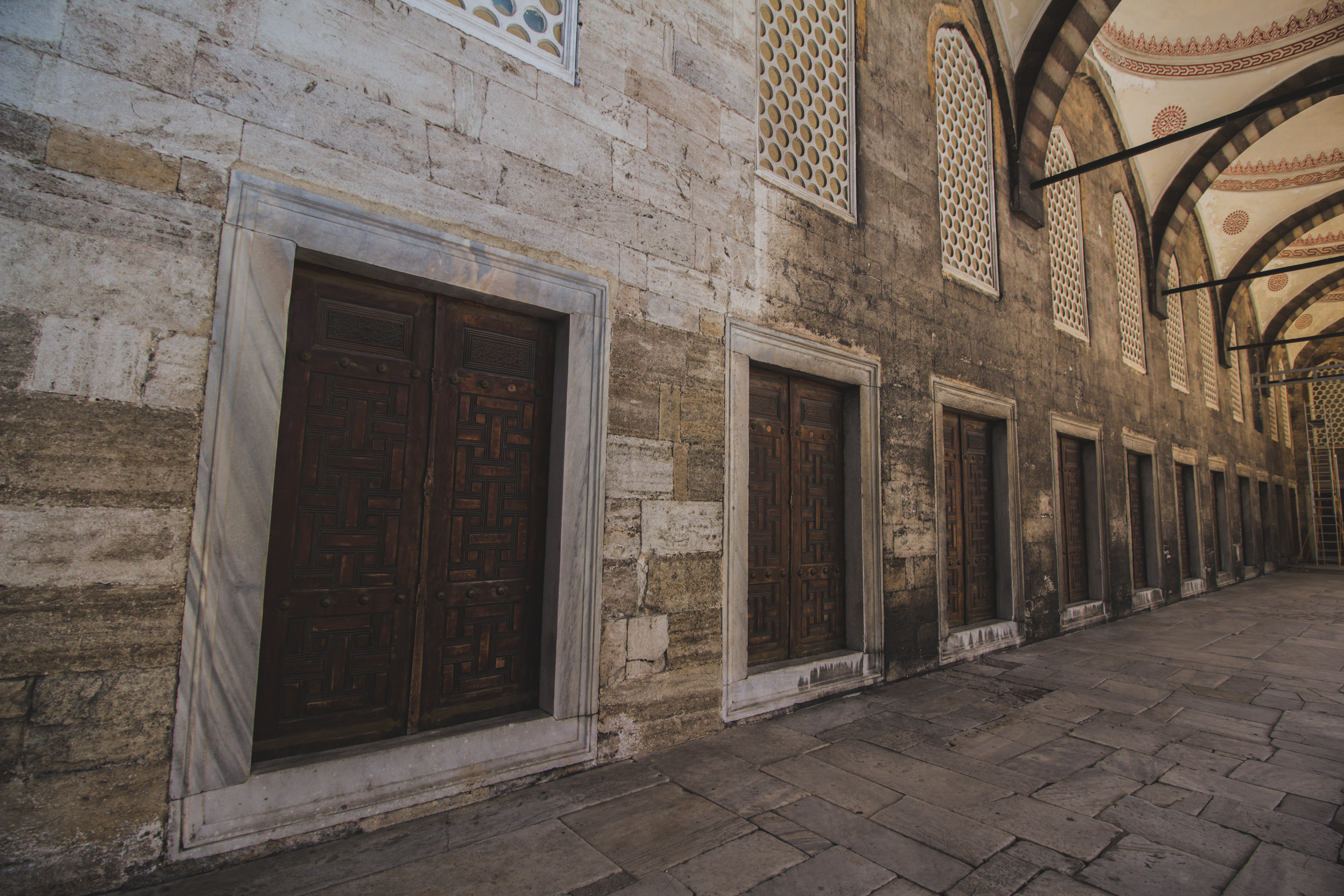 Everyone needs to wear long pants or a ankle length dress to enter. Ladies are requested to over their heads with a scarf. Don’t be the tourist that disrespects these requests.

An interesting fact about this mosque is that it was the first of two mosques to be built with six minarets.  At the time, the Sultan was seen as being presumptuous because even the Mecca mosque only had six.  The sultan resolved this issue by ordering a seventh minaret built in Mecca.

We planned on visiting the Topkapı Palace next, but when we arrived the line to purchase tickets was hundreds of people long.  Instead we walked a short ways down the street and visited the Istanbul Archaeology Museums. 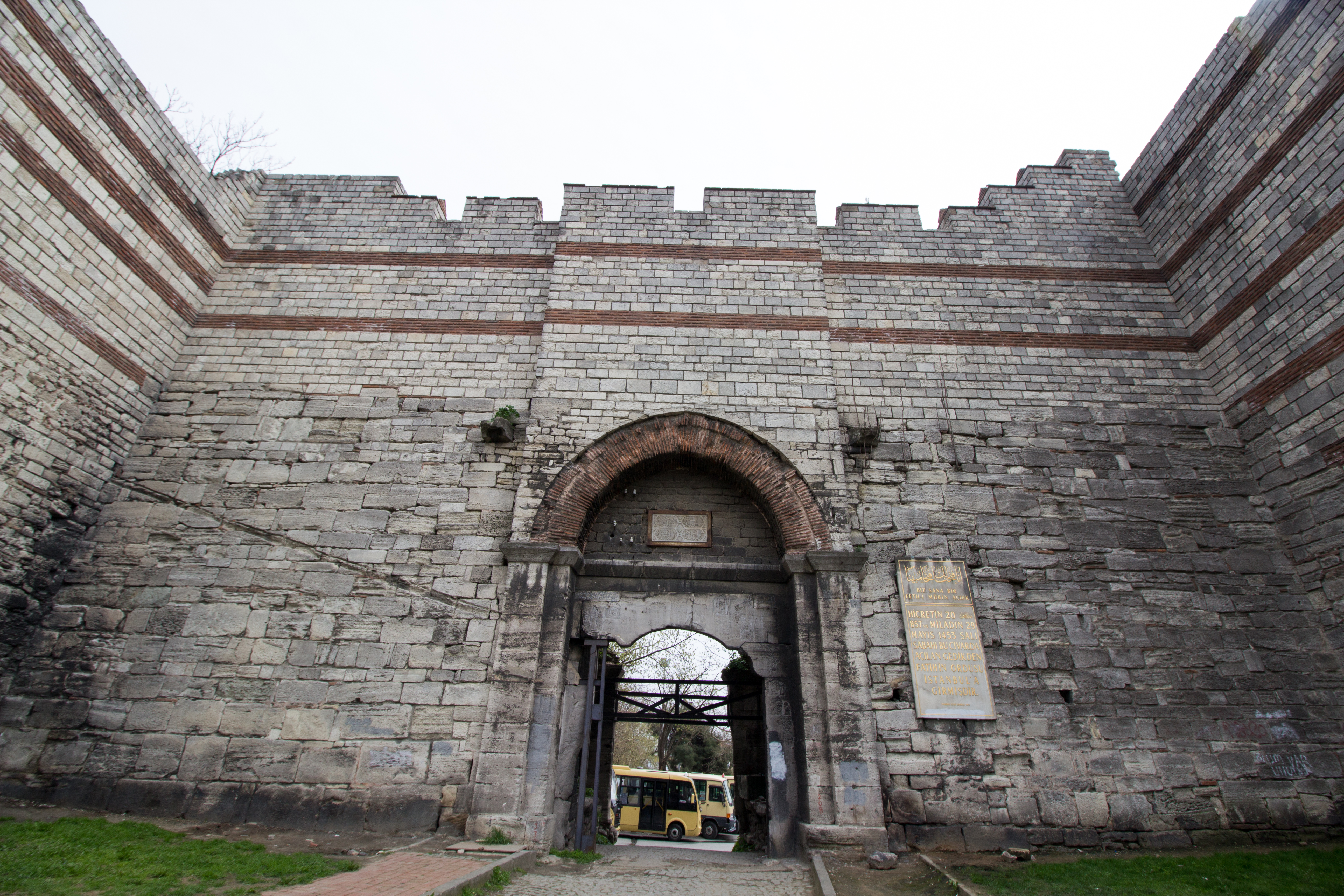 Lunch in the Grand Bazaar

The Grand Bazaar can be reached via the T1 light rail.  Purchase the another single use token and enter at the Gülhane station. You want the tram headed uphill, towards Bağcılar.  Exit at Kapalı Çarşı for the Grand Bazaar.

The rest of the afternoon was spent riding around on the blue line of Big Bus Tours hop-on, hop-off buses. The tickets were the most expensive tickets we purchased during our entire trip and prices are in euro.