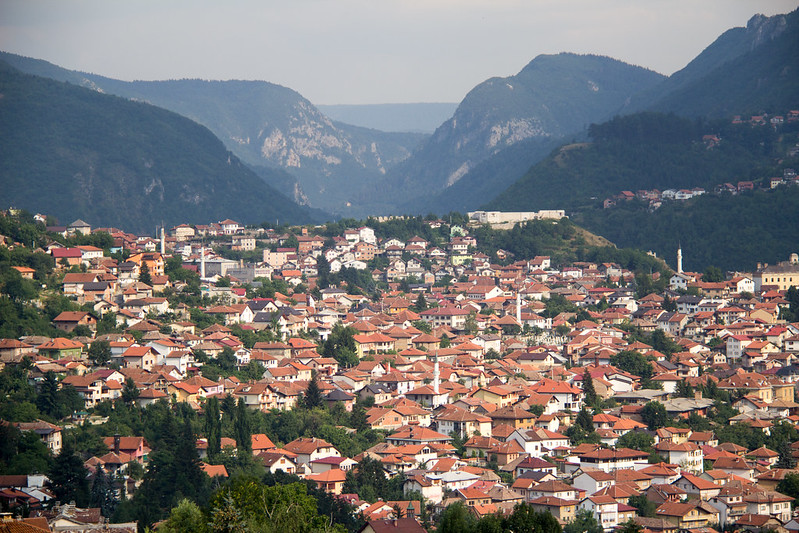 Stay on the marked trails. Bosnia, unfortunately, has a landmine problem.

In the hills above Sarajevo, there are days of places to explore.  Unfortunately, with all the landmines left from the civil war just a few decades ago, I didn’t get to explore as much as I normally would.  After landing in Sarajevo after a four hour train ride to Rome, and two flights, my mountain bike and I took a taxi to my hostel.  I set out to find dinner at a local grocery store and do some hiking along paths marked as clear of landmines. 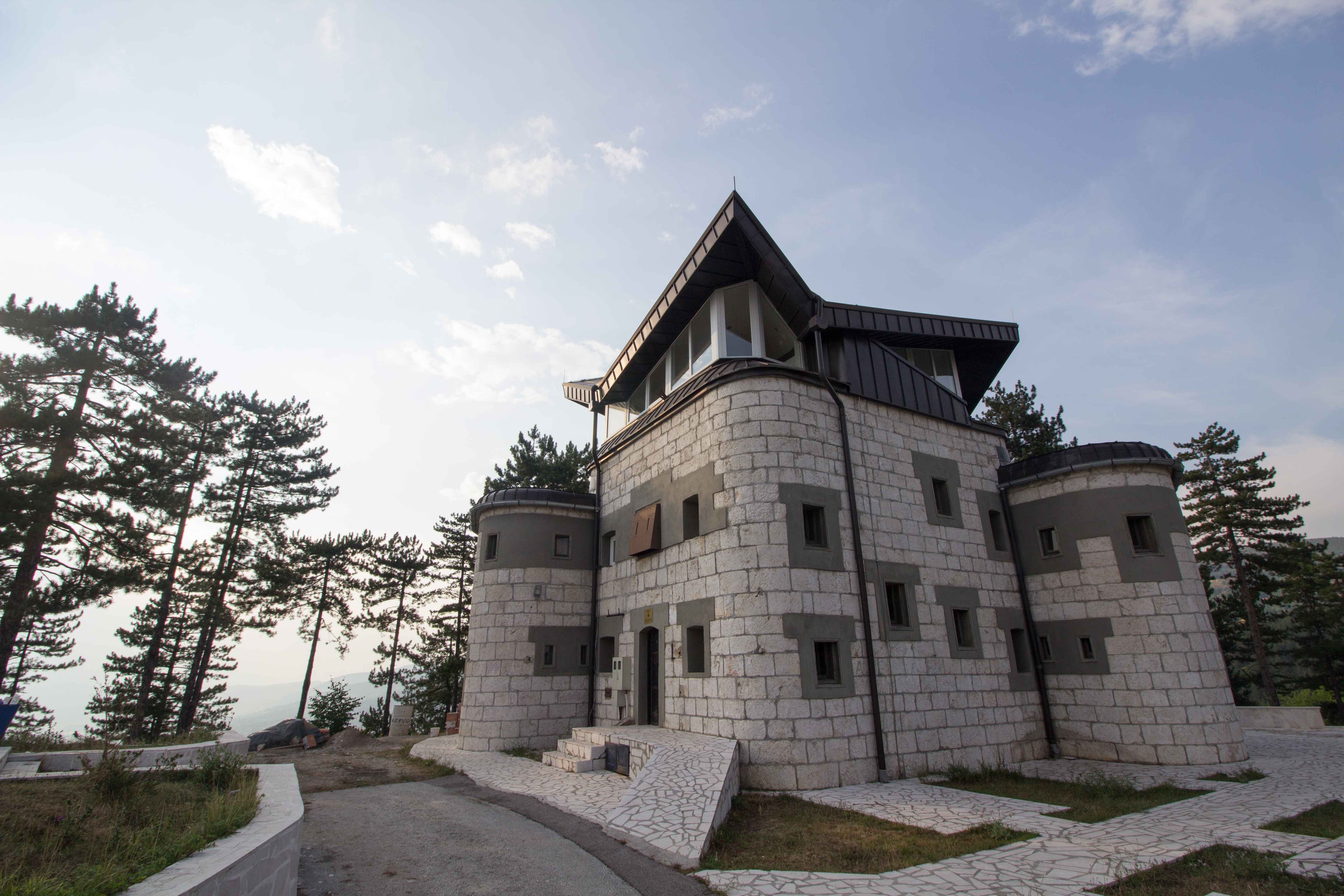 I first reached a museum for the civil war.  Unfortunately, it doesn’t appear to be complete or open to the public.  Not one to let that dissuade me, I entered the grounds and took a look around.  The outside of the museum was really amazing, I really wish I had a chance to look around inside.

Just north of this museum, up a small dirt cart path, stands the Big Tower at Barice. There’s almost no information about this structure anywhere on the internet. I believe it was built in the 19th century and used during the civil war. 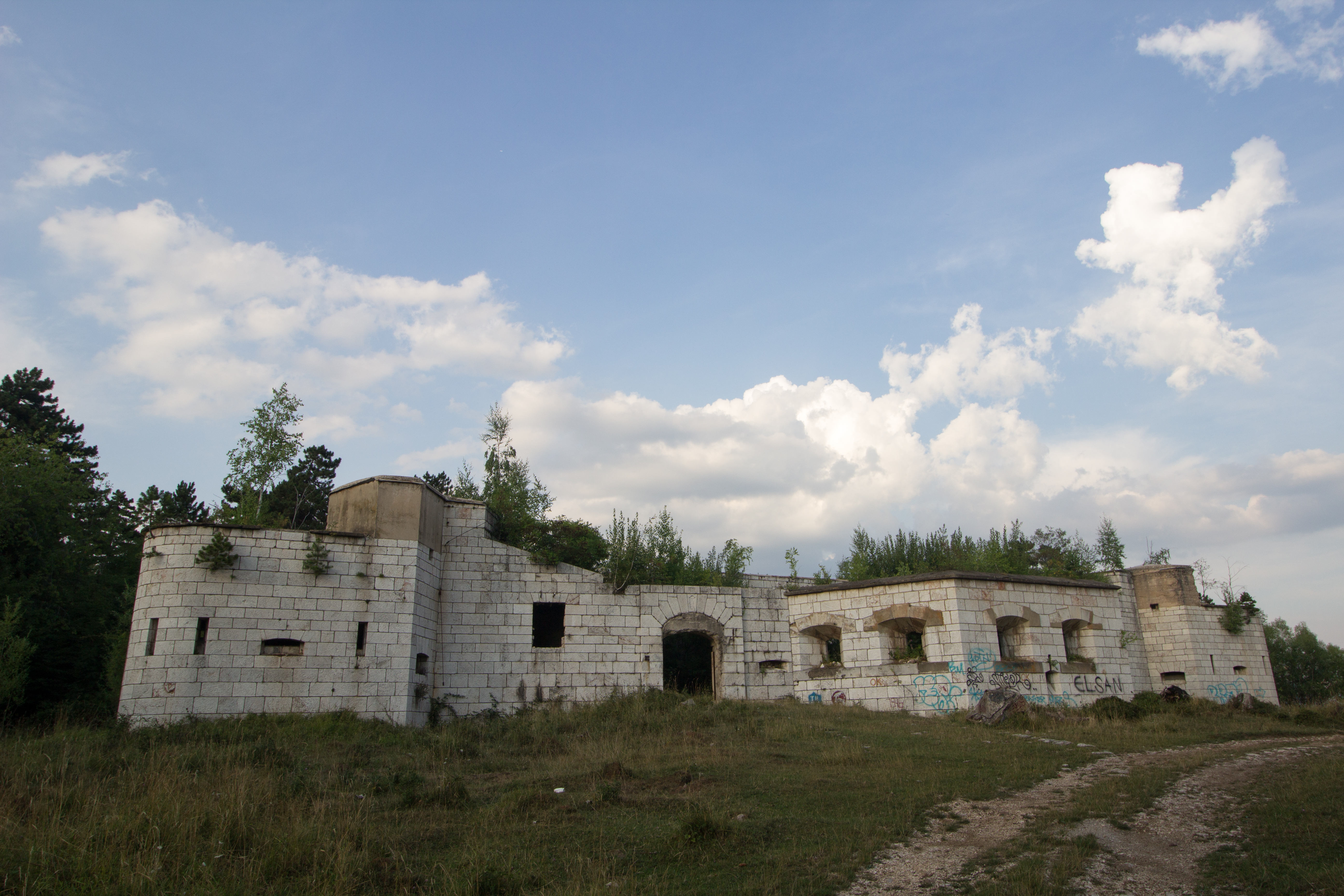 The front moat was easily scaled and I began to explore the insides.  It’s a fairly impressive structure, that would have been amazing to when completed and maintained.  As it stands, there are trees growing throughout and rumble is everywhere.

Out the front door, there is a trail that leads to the left and back down to Sarajevo.  I’m fairly sure that this is a mountain bike trail and I recommend anyone visiting the area to give this trail a try.