Exploring the Depths of Miranda Castle 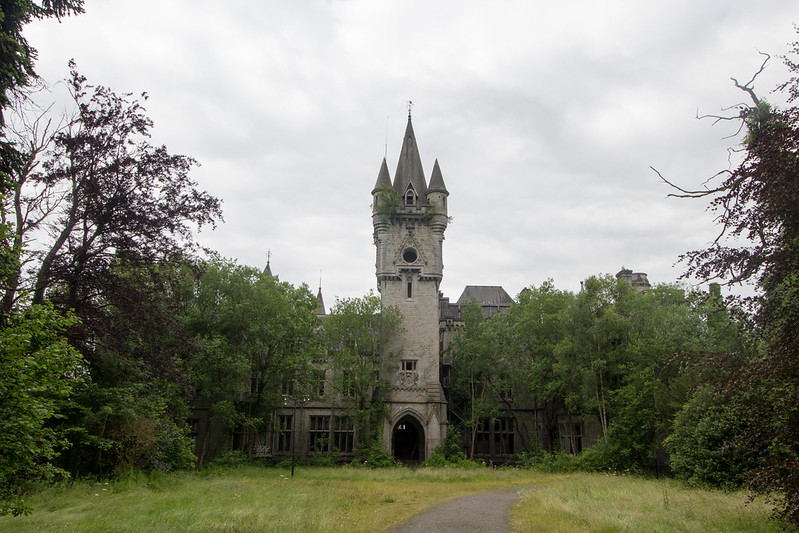 Miranda Castle, also commonly called Noisy Castle, was built in 1866 under commission from the Liedekerke-Beaufort family. The family originally occupied Vêves Castle which is located within site of Miranda Castle. The family fled Vêves during the French Revolution and living in hiding in the woods surrounding the grounds that would later become Miranda Castle.

Bring a torch and some gloves.

The family staying in possession of the property until World War II. The grounds saw fighting during the Battle of the Bulge, but was generally unaffected by the war. National Railway Company of Belgium took over the property after the war. They utilized the property as an orphanage until 1980. In 1991, Miranda Castle became to expensive to maintain and the Liedekerke-Beaufort family stripped the building of anything valuable. 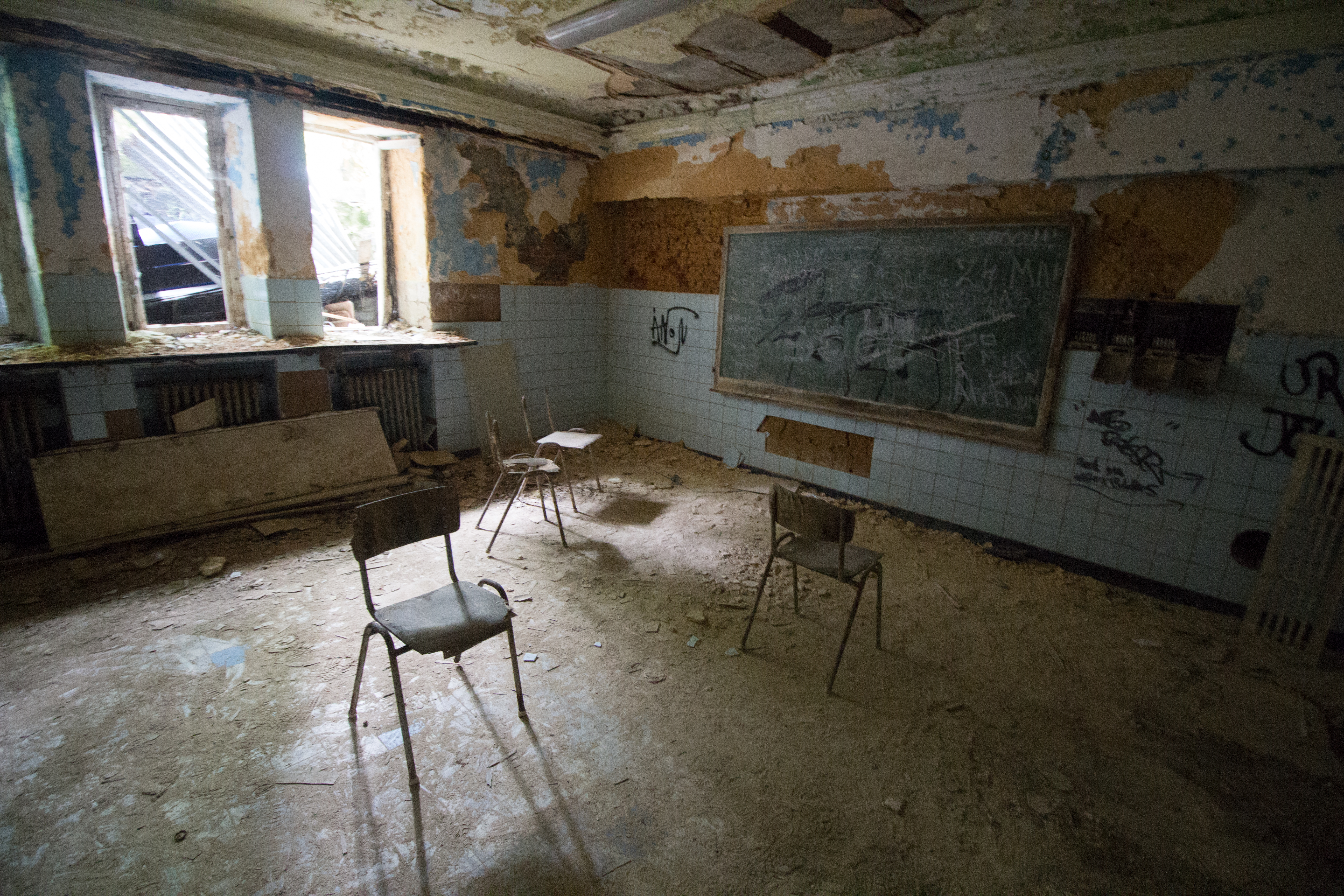 Celles, the local municipality, offered to take over the building, but the family refused. Later, a group of investors offered to purchase the property, but the family refused the offer. In 2014, Celles issued a permit for demolition. In response, a group attempting to save Miranda Castle, requested that it be listed as a Walloon Heritage site. A ruling was expected in March 2015. 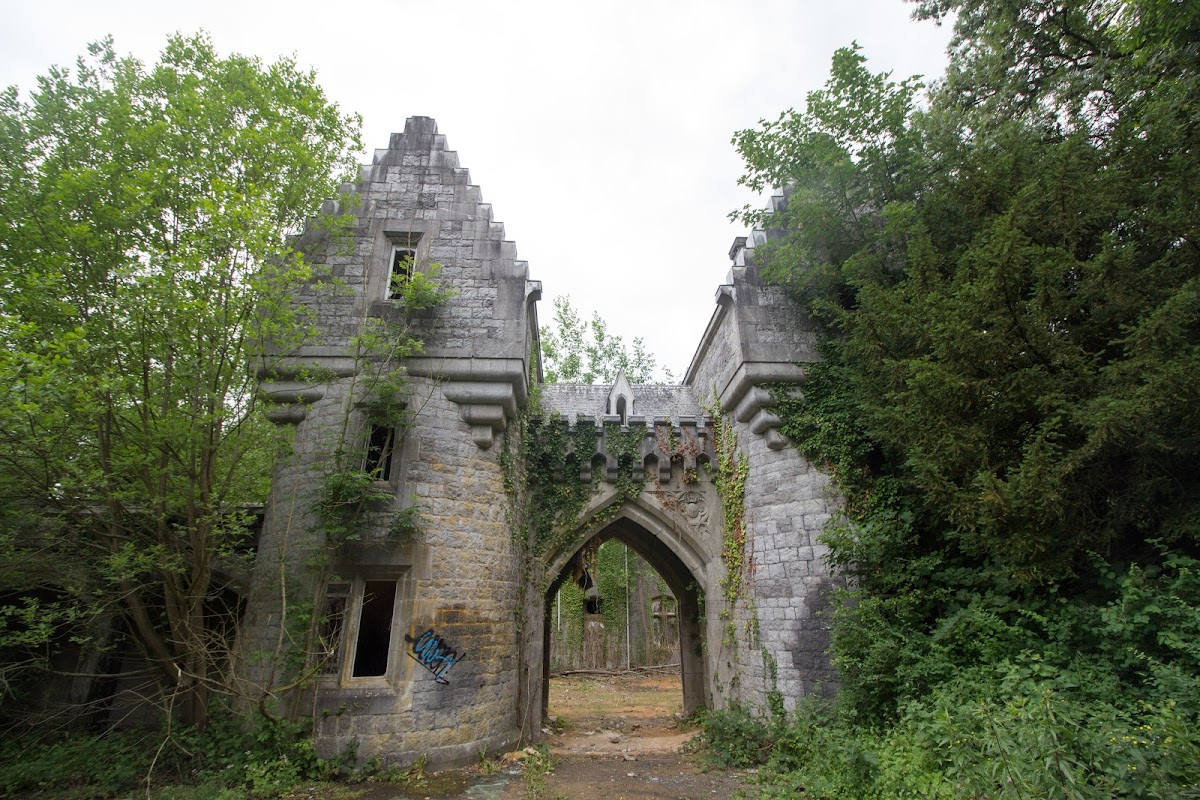 Without having visited, it’s hard to get a sense for how big the castle really is. We spent a good two hours exploring inside and around the grounds. We checked out the stables first and there wasn’t much to see. Most of the buildings are without roofs and trees are growing through the floors. 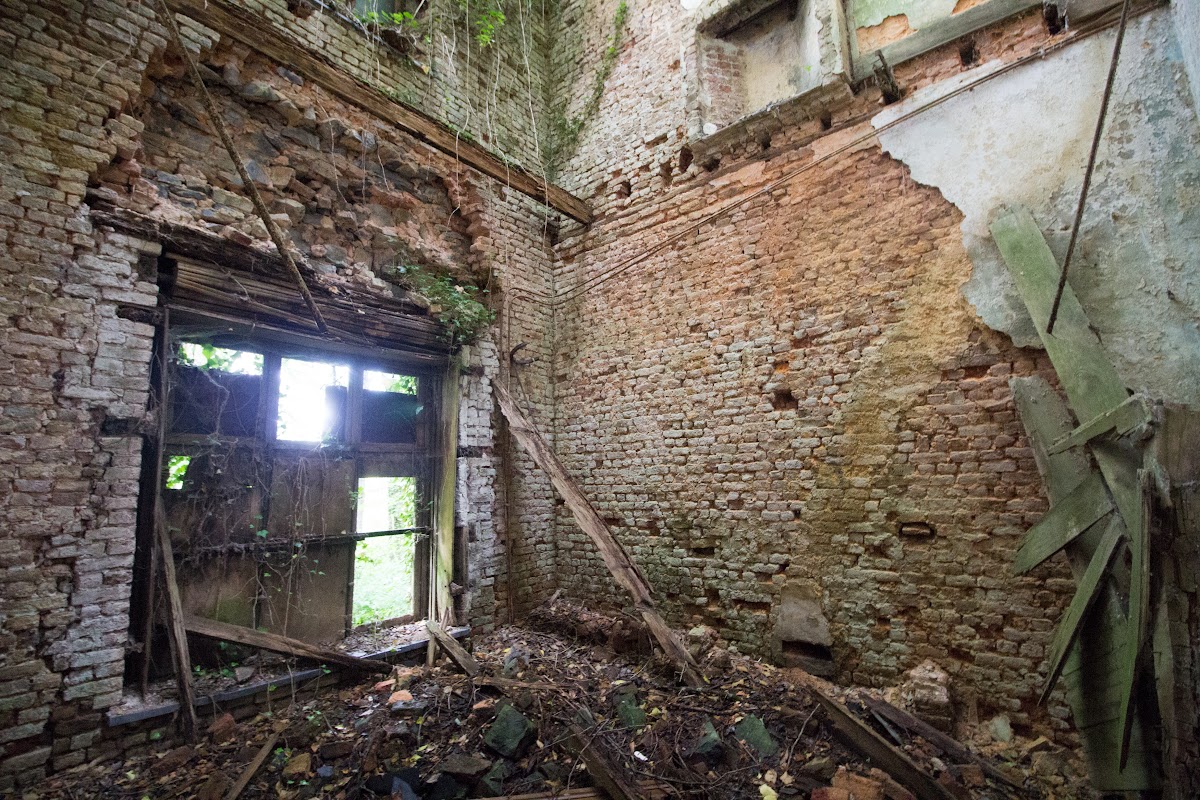 The main building is staggering in size. Once we entered, we found there there was a basement, 3 floors and the main floor. In some rooms, we were able to see all the way through three floors and out the roof. Look closely and you can see a third story sink. 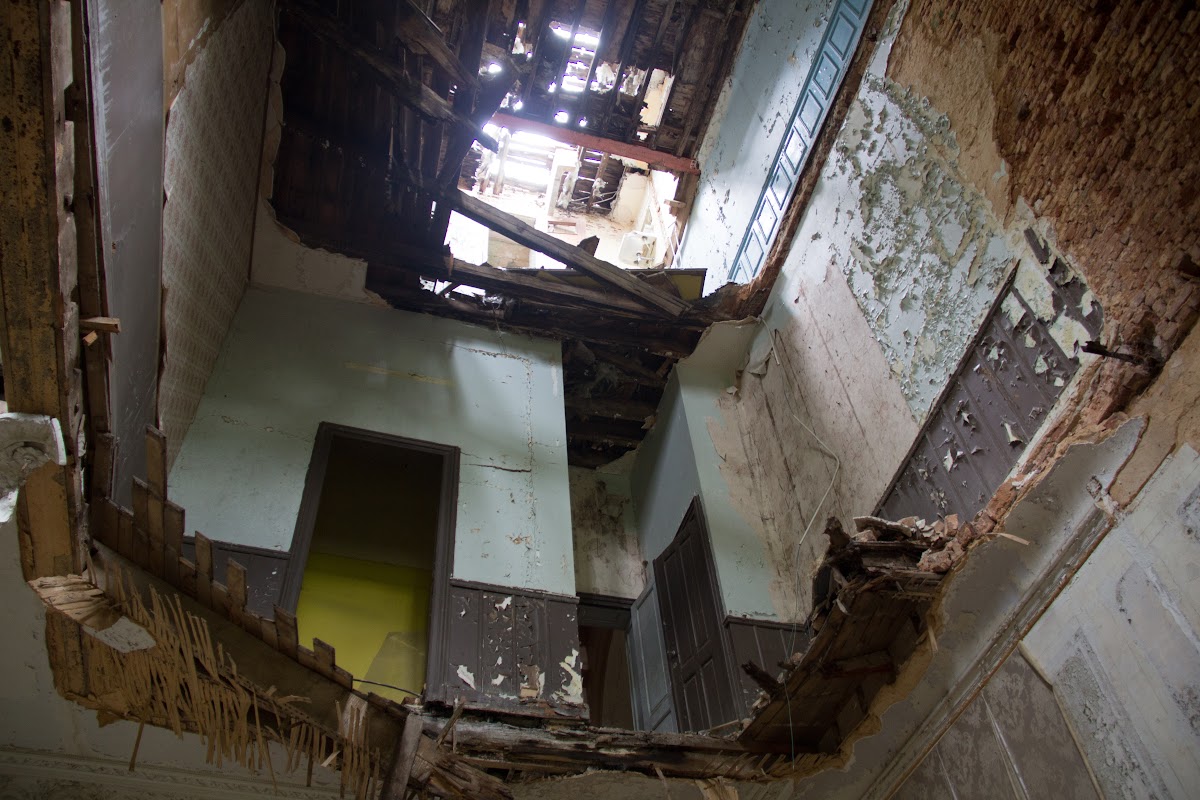 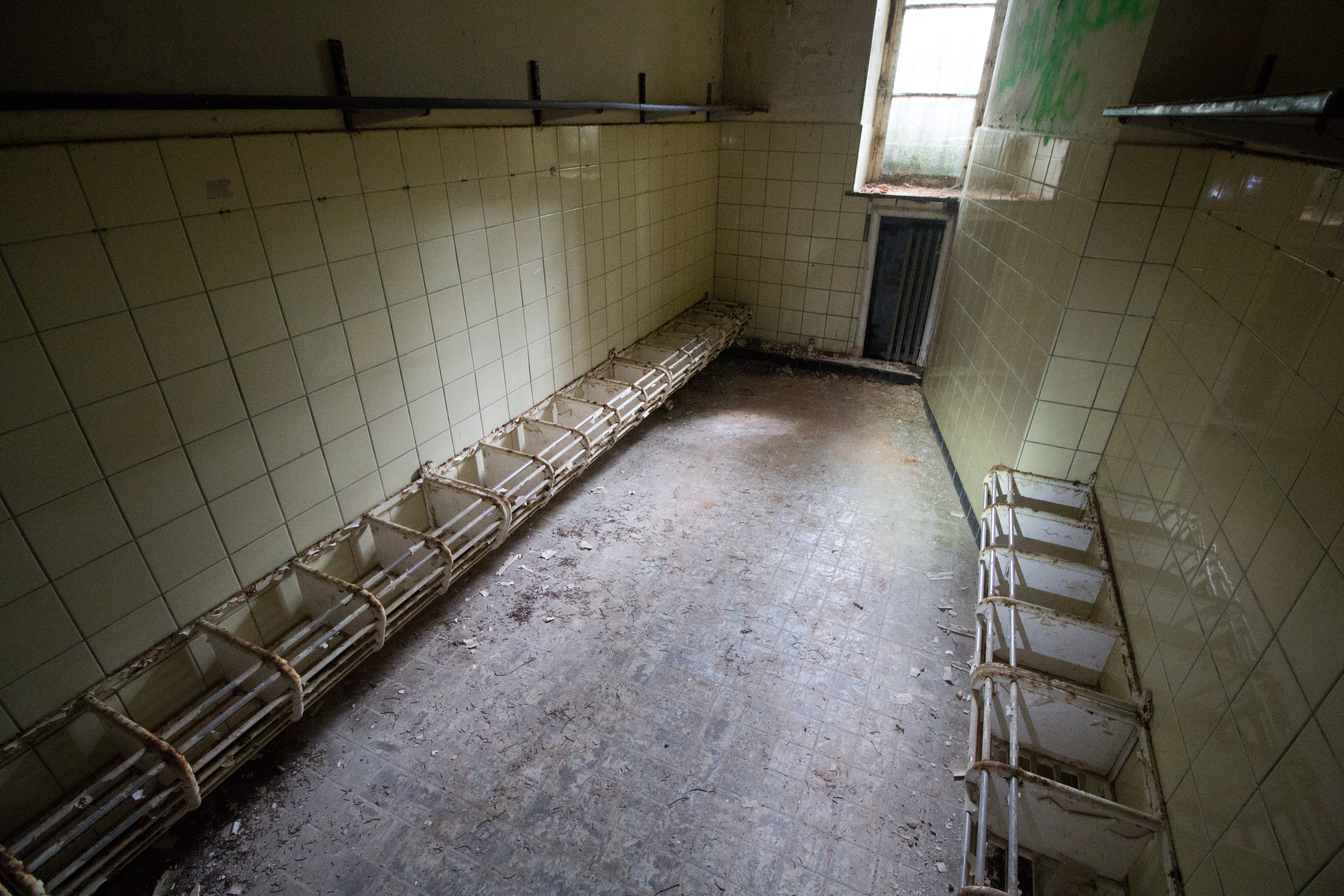 The stairs up the 85 foot tower are still in place, sort of. Navigating them was well worth the view from the top of the tower. The old family castle can be seen as well as the surrounding countryside. 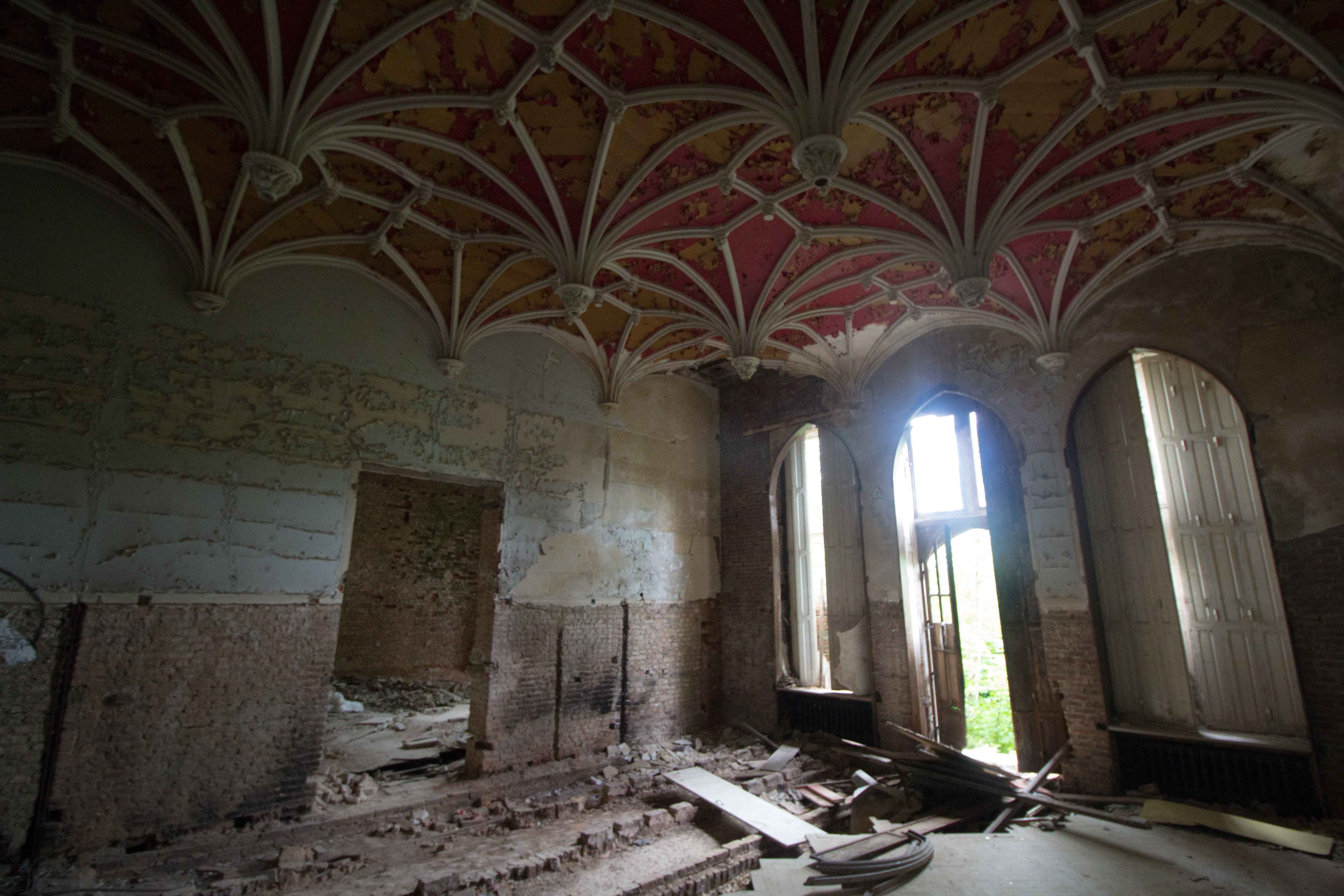 I can imagine that it takes an impressive sum to keep an building of this magnitude in operating condition. I hate to see such and amazing, historical structure go neglected. I hope the family is able to come to a resolution that keeps the castle from being demolished.