Capitol of the Hittite Empire on a Whim 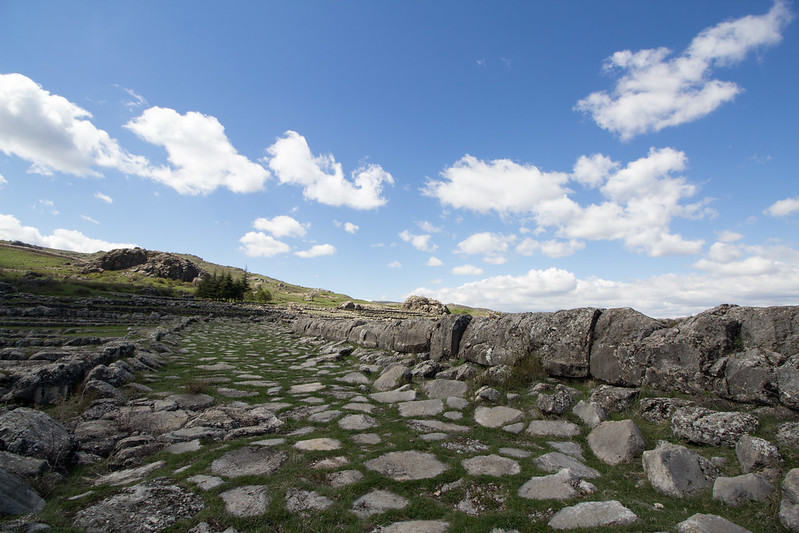 We planned on driving from Cappadocia to Antalya in the south of Turkey. Termessos is an ancient mountaintop city.  It was the only city Alexander the Great didn’t bother to conquer because how difficult it would be to invade.  It was also mentioned by Homer in the Illiad.  Because of it’s remoteness and difficulty to reach, it was naturally high on my list of places to see while in Turkey.

After speaking with our Cappadocia guide and my father’s Turkish friends, we decided that the drive there and then the return trip back to Istanbul would simply bee too much driving.

We decided make our return trip to Istanbul a day early and make a trip to visit Hattusa, the capitol of the Hittite empire.

Hattusa is located basically in the middle of a prairie. With no major, modern cities within a few hours, I highly recommend packing a lunch. The drive from Cappadocia was stunning and the roads were in great shape.

Upon arriving in the modern city below Hattusa, there is a corner shop that offers free tourist information. They will attempt to flag your car down and pretend that you are required to stop. Continue on to the park where you will actually need to stop and purchase tickets. I think the tickets were 30TL per adult and I recommend that you bring cash.

“Within a period of forty to fifty years at the end of the thirteenth and the beginning of the twelfth century almost every significant city in the eastern Mediterranean world was destroyed, many of them never to be occupied again.”

Started around 2,000 BC, Hattusa became the capitol of the Hittite empire before it’s downfall during the Late Bronze Age collapse. At its height, the walls of the city stretched to 6.5km in length, roughly 33% longer than those of Lucca, Italy. The entire valley of the above photo was filled with homes and buildings.

Before arriving, I hadn’t realized that the famous Lion Gate was part of the Hattusa city walls. For some reason I thought this gate was located farther south in Turkey. The city contains four major gates and the Lion Gate was on my list of things to see in Turkey. Stone work and carvings always amaze me. We’re talking about craftsmen that were masters in their field, that build cities, walls and sculptures that still stand 3,000 years later.

At the peak of the city walls, there is a tunnel that travels under the earth mound.  This was used during times of war by troops attempting to get behind invading troops to attack from the rear. 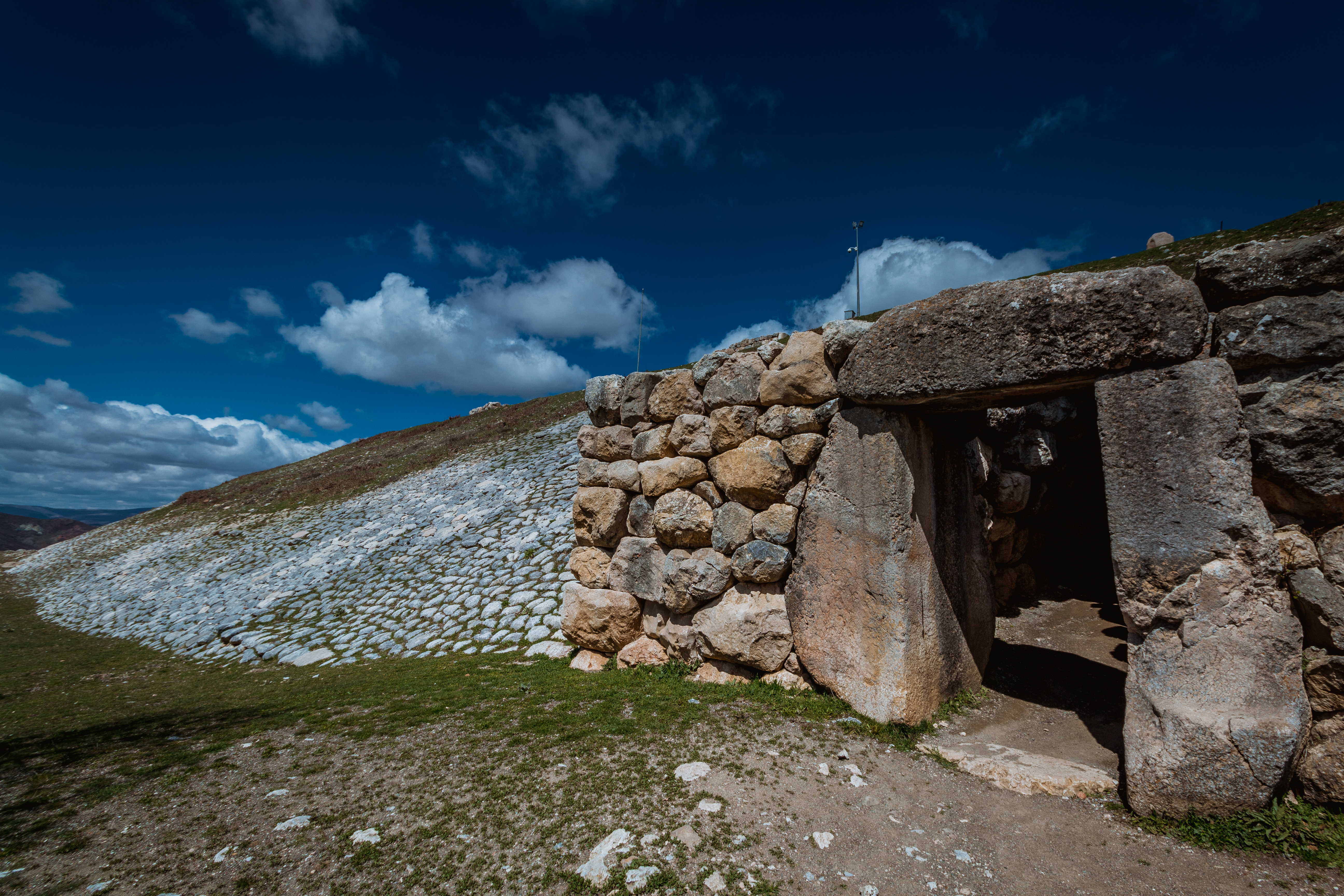 Across the valley from Hattusa is the sanctuary complex of Yazılıkaya. This is free to visit and well worth the five minute drive to reach. 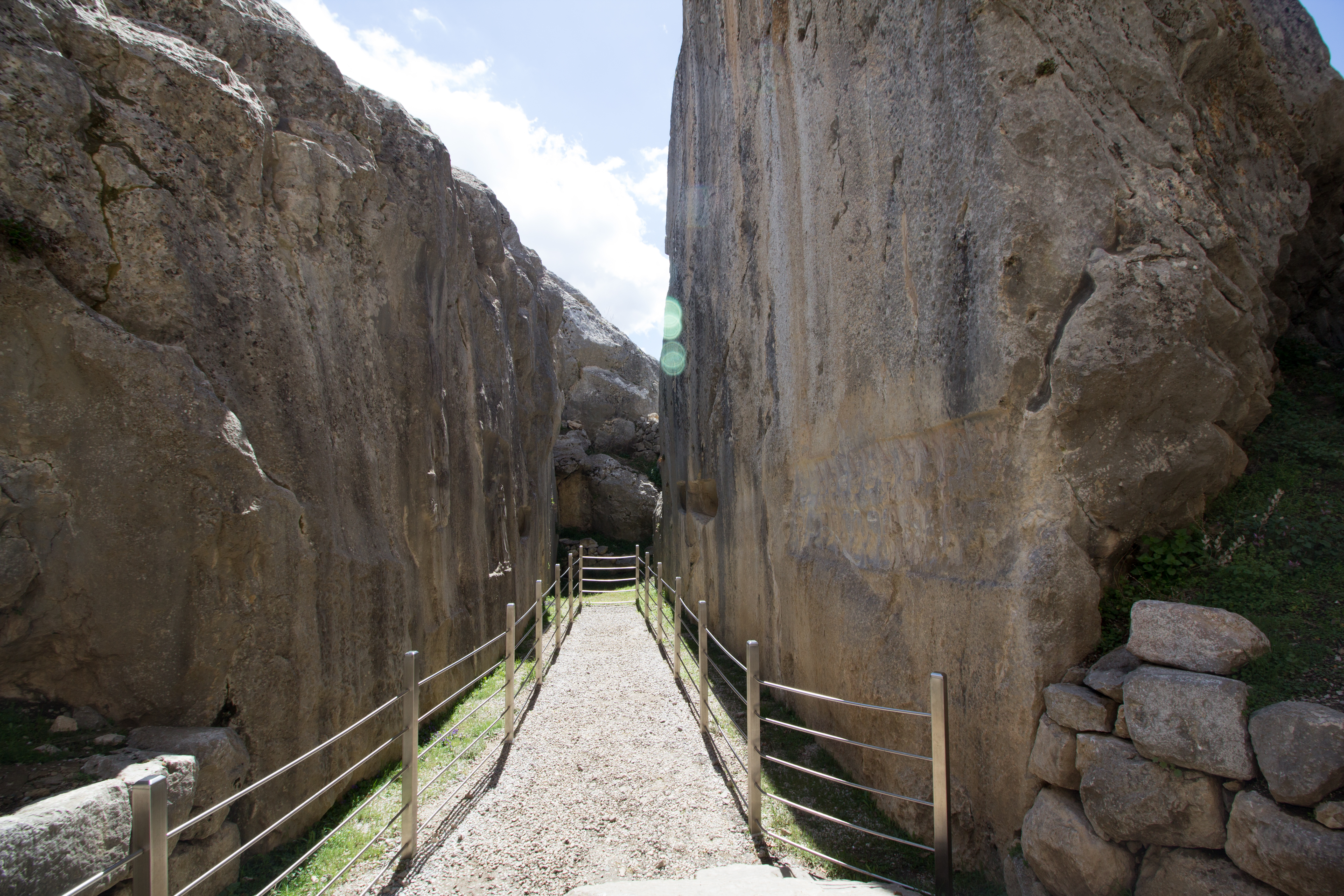